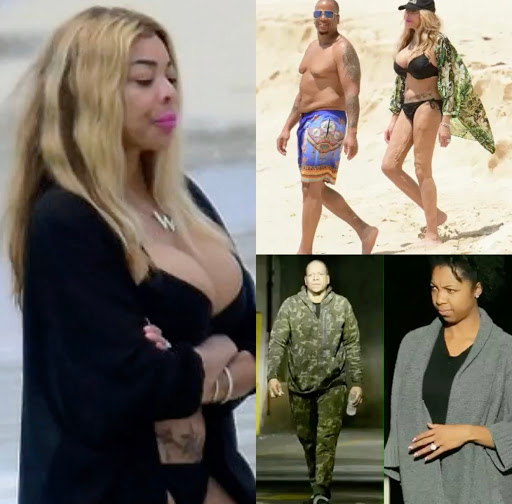 The 46 year old is said to be engaging in a secret long-term affair with a younger massage therapist, Dailymail reports after an exclusive year-long investigation.

Wendy’s husband Kevin Hunter has been seeing one Sharina Hudson, 32, for more than 10 years, splitting his time between the New Jersey home he shares with Williams, 53, and their teenage son Kevin Jr, and a secluded suburban house that he bought for his mistress just nine miles down the road.

In what could be a devastating blow for his wife of 20 years, Hunter – who manages his TV star wife’s career and runs a production company that they jointly own – is said to be ‘in love’ with both women and is juggling his time to accommodate them both.

In fact, just days after Hunter was photographed strolling along a beach in Barbados during a romantic break with Williams, he was snapped spending time with Sharina back in Morristown, New Jersey.

Wendy’s spokesperson Ronn Torossian has however denied her clients husband is having an affair saying that Sharina Hudson is just a friend of Hunter and ‘nothing significant exists.’ 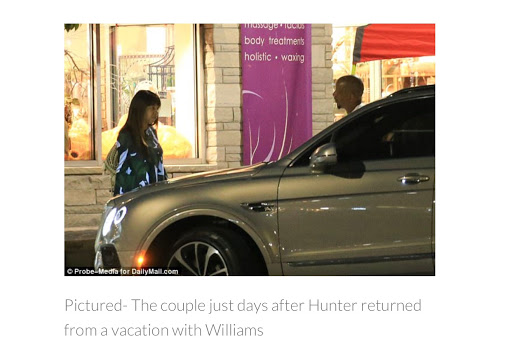 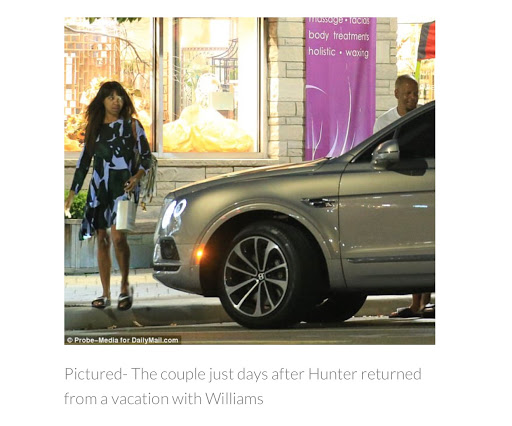 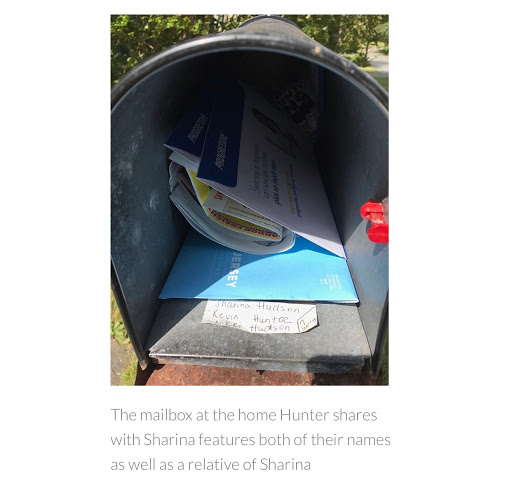 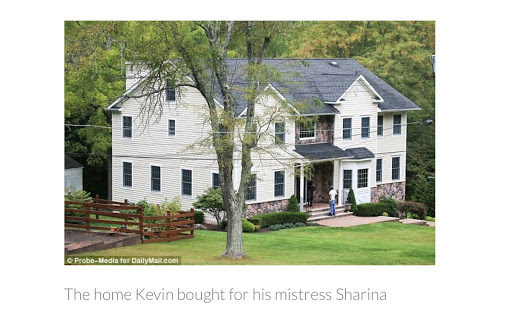 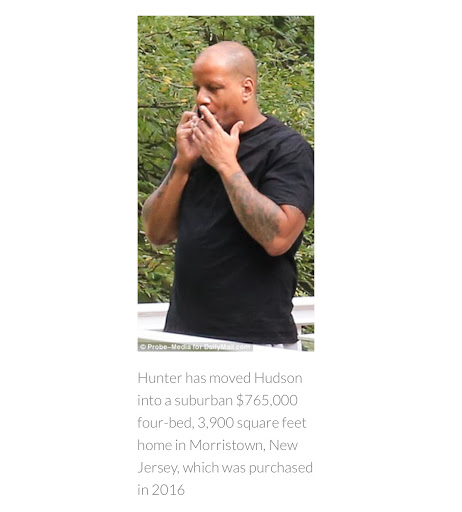 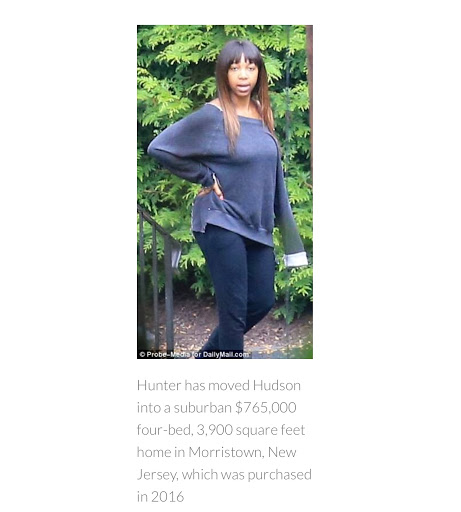 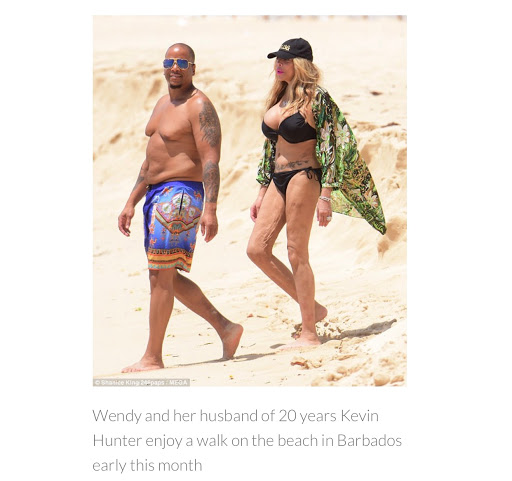 Williams spoke about her husband recently after she was highly criticized for the holiday snaps which went viral. She talked to People about her revealing bikini photos, which showed off her surgically enhanced figure.

‘We were having the time of our lives. We totally thought we were by ourselves.

‘I don’t care when people talk about the way I look, because as long I love what I see when I get out of the shower, as long as (my husband) loves what he sees when I slip into bed, and as long as my son is not embarrassed by overweight or underweight mommy, I’m good.’

But while the star appeared to be loved up on vacation, as soon as her husband returned to new Jersey, he spent time with his other woman.

It’s unclear to what extent Williams is aware of her husband’s extra-marital affair.

A source close to the situation said:

‘Kevin is with Sharina three or four times a week, often staying over.

‘They go to the gym together, they go out to restaurants together as if they’re a normal couple.

‘But then he goes home to Wendy as if everything is normal there, too. He’s living a double life.’ 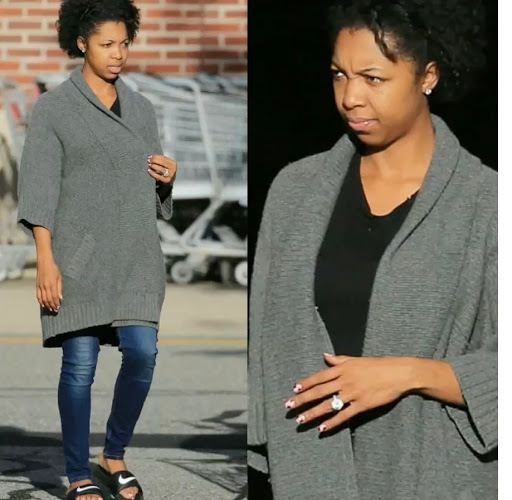