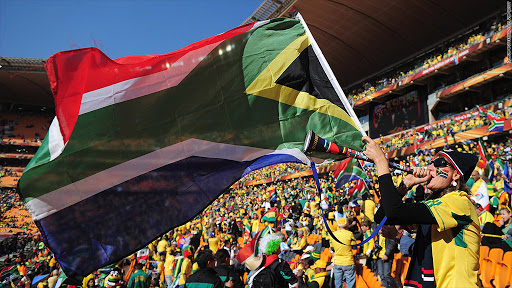 South African Football Association won't appeal against FIFA's unprecedented decision to strip it of a victory in World Cup qualifying and order a replay because of match-fixing by the referee, the federation said Tuesday.

SAFA announced it would not appeal the order that annulled South Africa's 2-1 win over Senegal last November, but said that its "rights to sue for damages remain open."

That raised the possibility that SAFA might seek compensation from FIFA, which it believes should take responsibility for the referee, who was appointed by FIFA's referees committee despite some suspicious performances.

"Why didn't FIFA do an integrity check on the referee since they have these mechanisms?" SAFA senior legal counsel Norman Arendse said.

FIFA's decision on the South Africa-Senegal qualifier was the first time the world body ordered a game to be played again because of match-fixing.

FIFA banned Ghanaian referee Joseph Lamptey for life after he awarded South Africa a penalty for a non-existent handball against a Senegal defender. South Africa scored from the penalty and went on to win the qualifier 2-1.

FIFA found neither team was involved in the fixing, and the referee was likely manipulating the match for illegal betting rings.

Lamptey had previously been under scrutiny and was suspended by the Confederation of African Football for allowing a crucial goal from a clear handball to stand in an African Champions League semifinal match in 2010.

The fact that he was still appointed by FIFA's referees committee for the World Cup qualifier is one of two major gripes for South Africa. The other is that SAFA was never invited to make any representation in the process by FIFA, which ultimately ended up in a decision that adversely affected South Africa.

South Africa now has little chance of reaching the World Cup in Russia next year.