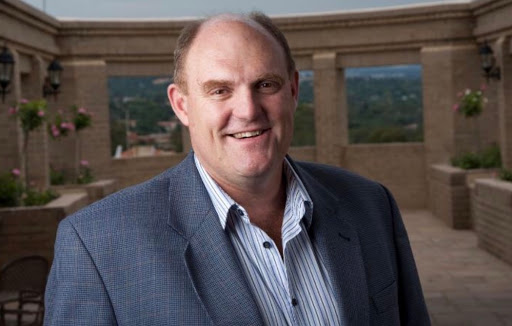 PricewaterhouseCoopers (PwC) this month released a report on the entertainment and media (E&M) industry in five of Africa’s leading economies.

The report, released on 22 September, provides performance figures in the Kenyan, Nigerian, South African, Ghanaian and Tanzanian entertainment sectors for 2017-21. It predicts that consumer habits in the five countries will shift from purchasing and owning recorded music to subscription-based, music-rental services. This is attributed to a decline in digital music downloads. However, music streaming platforms will continue to grow, with much of the activity driven by younger demographics.

Overall, South Africa emerges as the country with the highest E&M revenue, which is expected to reach $13.2bn in 2021 up from $9.8bn in 2016. The report says South Africa has a healthy mix of local and international players that have created compelling services for consumers.

The availability of a variety of music streaming services has further boosted consumer demand for subscription-based listening, which is expected to see music streaming hit $3.8m by 2021, while downloads would account for $5.2m, the report said. These figures will be a godsend for streaming service Spotify, which is expected to open its doors to consumers in South Africa in the next few months.

Additionally, recorded music revenue is slated for a revival as South African consumers sign up to digital services at an increasing rate. Total music revenue is forecast to rise at a compound annual growth rate (CAGR) of 5% to reach $206m in 2021. The report says audiences are not only turning away from owning physical music products but are also set to reduce their consumption of digital downloads, with download revenue forecast to decline for the first time by 7% in 2017.

South Africa’s physically recorded music will continue to decline at a CAGR of -18.4% over the next five years to $12.5m. There is hope, however, for the live music industry, which plays a key role in the country’s E&M revenue. “Ticket sales and sponsorship revenue will continue to rise at a pace that will see live music take an increasing share of total music revenue,” the report said, adding that a high growth rate in Internet and mobile access is also expected to prop up E&M revenue in South Africa.

The mobile phone is the biggest revenue stream for Nigeria’s E&M industry, contributing 99% of digital sales in 2016. Mobile phone revenue will increase slightly over the next five years thanks to “ring back tones, which have become a big social phenomenon among Nigerians”.

Kenya is another African economy that derives much of its music revenue from ring back tones. Piracy-proof mobile music revenue would help propel music revenue to a 10% CAGR to reach $32m from $20m in 2016 within the time focus of the report, PwC said.

The Kenyan music industry is expected to improve despite the fact that the country’s royalty-collection system is not yet fully formalised. “Recorded music revenue – which accounts for more than 90% of total revenue – will be 80% digital,” the report said.

Ring back tones are also popular in Ghana, driving music revenue to $1.5bn in the next five years. “Ghanaian mobile music leads when it comes to music consumption, although music streaming services are yet to gain traction,” PwC said.

A slow growth in Internet access has been blamed for subdued music streaming in Ghana. Despite this, the report says the Internet will take a 68% share of overall revenue by 2021.

Finally, Tanzania’s E&M revenue will be worth $5.8 million in 2021 with recorded music accounting for nearly 95% of music sales. “Tanzania’s small music market should see double-digit growth over the next five years because mobile music leads when it comes to music consumption,” the report said.

Mobile is expected to dominate the Tanzanian market over the next five years, with mobile music revenue expected to rise to $4.9m. “The Internet market is extremely healthy in Tanzania, overwhelmingly led by mobile, where operators have accelerated their investments in data network expansion to meet user demand.

“There is no doubt that E&M companies that have become accustomed to competing and creating differentiation, based primarily on content and distribution, have realised that there is need to focus more intensely on the user experience,” PwC said.