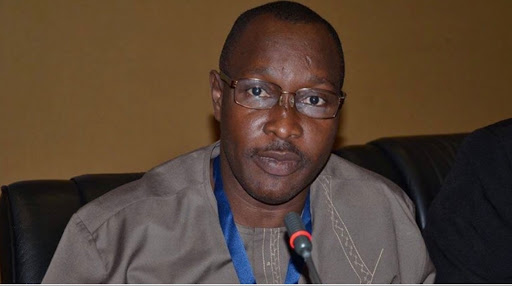 The standard bearer of the Movement for Progressive Change (MPC), Simeon Freeman, has accused the organizers of the ongoing Presidential debate of an attempt to extort US$10,000 from the party for its participation in the Presidential debate slated for today, September 26, 2017.

Monrovia -- The standard bearer of the Movement for Progressive Change (MPC), Simeon Freeman, has accused the organizers of the ongoing Presidential debate of an attempt to extort US$10,000 from the party for its participation in the Presidential debate slated for today, September 26, 2017.

Deepening Democracy Coalition is the organizer of the debate alongside other organizers, including Internews.

Recently the Press Union of Liberia distanced itself from the ongoing Presidential debates and its organizers.

Freeman said the MPC replied that it has no such money for a feat which should have no cost attach.

In a statement released on Monday, the MPC intimated that prior the conduct of the first phase of the Presidential debate, those desiring of undertaking such task ought to divest themselves of partisanship and extortion of finances in order to attract public confidence.

“Interestingly, because such debate is not a genuine effort to enable voters to make better choices, the organizers have elected to limit the platform to a few Presidential candidates who have agreed to be victims of financial exploitation.

"Having written to inform us of our participation in the so-called Presidential Debates slated for Tuesday, September 26, 2017 and that we would have been notified of the venue and other necessary information as we approach the time, agents of the Deepening Democracy Coalition engaged us to solicit financial contribution of US$10,000.00 to enable our participation,” the statement reads.

“The MPC also believes that like the Ducor Debates, the Deepening Democracy Coalition has a moral duty to create an open field for the competition of ideas and the marketing of different agendas of those seeking the nation’s highest seat.

“The MPC wants the people of Liberia, who are the ultimate deciders of the election results, be given a chance to evaluate all, and not a few, of the Presidential candidates to allow them (the voters) make informed decisions out of the options that are qualified to contest the Presidency.

The MPC in its statement extolled the leadership of the Press Union of Liberia on its withdrawal from the Deepening Democracy Coalition, organizer of the 2017 Presidential Debates.

“This decision is worthwhile, as it tends to uphold the moral high grounds for which the PUL was established; realizing that the credibility of partners of the Deepening Democracy Coalition has already been eroded by their expressed support for the Presidential bid of Vice President Joe Boakai,” the release states.

The statement further stated that “It is obvious that our outright refusal may have led to our denial of participating in the tomorrow’s debate. This clearly exposes the credibility deficit in the organizers, which may have led to the withdrawal of the PUL from the Coalition, and the attending dismissal of Mr. Lamii Kpagoi as Acting Officer-in-Charge of the Liberia Media Center, one of the organizers of the so-called Presidential debates.”

“We hereby commend the Liberia Media for Democratic Initiatives (LMDI) and partners for upholding their independence by providing their platform to all candidates to market their ideas to the voters, without requesting a dime from any of the candidates."

"This way, the voters are opportune to evaluate the candidates before making a choice. We encourage the Deepening Democracy Coalition to learn such professionalism from the Ducor Debates as they strive for relevance in the mass media.”

One of the organizers of the debate, Mr. Malcolm Joseph denied the allegation when contacted via mobile by the FrontPage Africa. Joseph said his group has no idea on what the MPC Political leader is saying. Joseph, however, threatened legal action against Mr. Freeman for lying on the DDC.