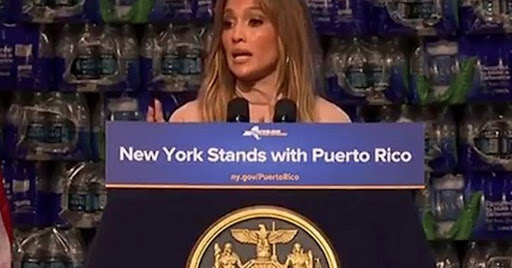 The singer who is born to Puerto Rican parents and still has family on the island, made the announcement on Sunday in NYC alongside the state's governor, Andrew Cuomo, saying the American island nation was in desperate need of help after being devastated by Hurricane Maria she'd contribute to with a million from the proceeds of her Las Vegas shows,TMZ reported.

The mother of two will also be teaming up with Dallas Mavericks owner Mark Cuban and Puerto Rican player J.J. Barea, in the relief effort by sending supplies and generators by aircraft.