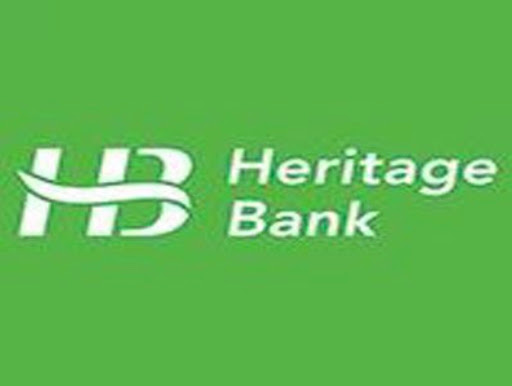 Heritage Bank Plc has reiterated its commitment to the growth and development of Nigeria’s creative industry.

The Bank said this is because it is a major contributor to the country’s Gross Domestic Product.

In an assessment of the industry’s performance done recently, Nollywood defied recession and had grossed an amazing N1 billion from a record 50 indigenous movies in 2016, its best box office returns ever.

The Group Head, Corporate Communications, Fela Ibidapo, re-echoed this in a chat with journalists after the viewing of Part 1 of the movie: “A soldier’s story return from the dead.”

The movie was screened at Genesis Cinemas in Shoprite, Lekki, Lagos recently as part of activities to herald Part 2 of the movie.

Ibidapo said the bank prided itself in its ability to hand hold different sectors of the economy in order to nurture them and help them to grow, remarking that the bank’s participation in the recent Nigeria’s creative summit has further given it a boost as it is now more committed to supporting the entertainment industry.

Ibidapo noted that the creative industry is one of the major contributors to the country’s GDP and Heritage Bank is committed to supporting it because it is part of the country’s heritage.

According to him the bank is proud of the entertainment industry and will continue to stand by operators in it by supporting them and watch them grow.

Ibidapo remarked that the Nigerian entertainment industry has come of age as there were now more exposures with many of them now showing in cinemas.

The producer of the movie, Martin Gbados, said they got support from Heritage Bank to produce the first edition and they also felt they should still involve the bank in the production of the second edition, which would involve a leading American movie star, Eric Roberts, and other international and local stars such Akin Lewis and Segun Arinze.

Roberts is a Golden Globe Award three times nominee as well as two times nominee of Academy Award for his supporting role in Runway Train (1985) as well as a prolific film producer in the US.

Gbados said the entertainment industry needed support from the Federal Government and investors to be able to produce films in the country so that much of the money that goes into film production could be retained in the country.

The central theme of the “A soldier’s story return from the dead” is about the sacrifices that soldiers and other security agents make in the cause of carrying out their duties.

The film producer noted: “We often limit the sacrifices to them but what about their wives, kids and families that they need to take care of in the home front otherwise they won’t be able to concentrate on their core assignments.”

So the overriding objective of the film is to bring the sacrifices of the people in those institutions to the fore so that people can appreciate and respect them.

It will be recalled that the Federal Government had commended Heritage Bank Limited for its commitment to the development and growth of the creative industry at the recently concluded two-day creative Nigeria summit with the theme: “Financing the Film, Television and Music Industries,” which was co-sponsored by the bank.