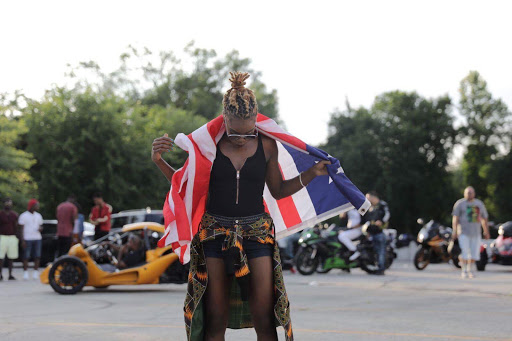 We had a moment with the amazing Skylett White, as she shared her thoughts on her career and the industry as a whole. Check it out below:

• Q 1. Tell me a little about yourself... where are you from, where did you grow up.. What was your childhood like?

My name is Scarlett Capehart, but I am known by my stage name "Skylett White.” Music is my life at the moment. I eat, drink and sleep it. I’ve been doing music for as long as I can remember, and now it is just part of me.

I was born in Monrovia, Liberia, located in West Africa. Just a month after my birth, my family led to Ghana due to the civil war that was raging in my native Liberia. I spent my childhood living with my mother, my brothers and sisters in Mataheko, one the outskirts of Accra, Ghana’s capital. I was the youngest of the family.

My father was living in the United States at the time, and I didn’t grow up with him around. Although he visited from the United States, I had very little experience having him around, which I didn’t understand. But now as an adult, I have come to understand his absence, and what kept him away from us, and that is had to be away to support his family. Few years later, by the grace of God, we migrated to the United States in 1998 to join my father.

Q 2. What do you think of the hip hop scene in Liberian culture?

Liberian music industry is rapidly rising. I have witnessed the growth from all the artists in the industry - from HipCo to TrapCo. Certainly, there are indeed amazing talents in Liberia as well as in the Liberian diaspora. However, I think there are few things missing that hinder the rapid and successful growth of the Liberian music industry. What’s missing is marketing. Understanding the marketing and branding of artists is crucial in the successes of artists, but unfortunately, Liberian music producers and artists alike are yet to understand that. However, I am convinced that as time elapses, we will catch on to it. I am confident that the Liberian music industry has the talents that are capable of true transformation, as long as we start to invest more resources in quality materials and embrace consistency. It’s only a matter of time. 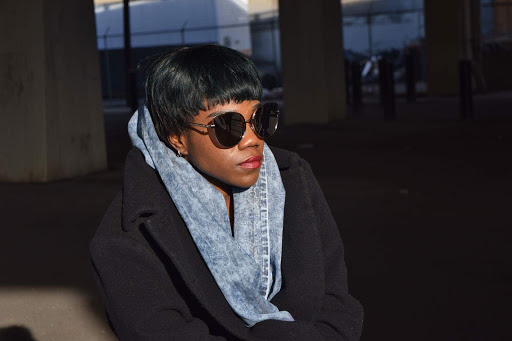 Q 3. How does it feel to be a female in a male dominated industry?

Being a female in a male-dominated industry can be difficult at times, especially in the Liberian music industry. Sometimes, I feel as though females do not support female artists like they do for male artists. I have seen a lot with the entertainment media, especially from bloggers and most of them are also female. So one would think that they would admire the fact you are a female artist in a male-dominated industry. No matter whether a female is better than a male artist, he's a guy, and the female is easily overlooked. I find it really difficult to understand. However, I can't really blame them because female artists don't support each other, and I think if that changes, people would have more respect for female artists because there will be unity and unity is always powerful. I also think it comes with dedication and hard work as long as one stays consistent and ahead of the game, music lovers will have no choice but respect you. So being in a male domination industry doesn't mean you are less talented because of your gender; you just have to work a bit harder, believing in yourself first in order to make them believe that’s how I see it.

Q 4. Tell us about what your music brand means? Can you do anything else from Afrobeat?

Skylett White is an Afrobeat Female Artists and songwriter. From Afropop, Afrofusion, Afro House, Afro Hip Hop to Afro Trap with a blend of Reggae. The instruments that I’m working with determine what sound that I give to the record. I really don't like to label myself because I know I can do all types of music. I like to experiment with different sounds, but right now I’m focus on Afrobeats, because that’s what my audience love. I believe there are other Liberian female artists putting in hard work, but I don't think they are making the moves I’m making to be consider as the best from Liberia. I believe you have to be able to compete with other African female artist from other countries who are making name for themselves. When I say compete I mean having the resources and determination that can be compared to the type of music and artists making even better by creating a strong image that makes your music more appealing. When people see you they know right away that you are an artist, and most importantly your work ethic plays a major part. Skylett White is very strong in those three areas. I have enough materials that can be compared to most artists. My image speaks for itself, and I put in enough work. So, yes, I can say I am one of the best female artists that Liberia has, and with the support of my family, team, and certainly my fans around the world, I will be one of the first female artists from Liberia to make it globally.

In closing, I would like to thank you for your time. It was nice interviewing with you. Please expect a lot more from Skylett White. I must say that this is just the beginning.

#TeamSkylettWhite has a lot more work to do. I will continue raise the bar high and making sure I'm always ahead of my game. Thanks to all fans for the continual support throughout the years and for growing with me. You have always been there. I love and appreciate you all. To my county Liberia, just know I have you at heart and I carry you with me wherever I go. The goal is to let the world know that Liberia too has talent. I am just blessed to be one of those put in the position to open many doors. God bless Liberia. I would also like to extend my appreciation to my team MSMG (Morningstar Music Group), Webster Horace, and Quadry Ola. You guys are doing a great job. Please let’s keep focus and keep working. Bigger things await us. My first Major Official Music Video will be released later this year. My recent hit single

" Buffed Ground Hold it'' is set to drop on the first of September 2017, I ask all fans to please expect the video will be released on my YouTube channel. So make sure to subscribe to receive instant notification when the video is out and you can be the first to watch it. Other media outlets will be announced soon. You can like my band page on Facebook '' Skylett White Music'' to keep updated on upcoming shows, new music, and just to keep up with your favorite Female Artist. Also follow me on Instagram and Twitter @iamskylettwhite. You can access my music for free on my soundcloud '' Skylett White'' download, add to your playlist and make sure to stay in touch with me. I love receiving messages from my Star Gehs and boys because you all are the reason I do what I do. Thank You.