The Real Deal About Wizkid and Davido ‘Beef’ 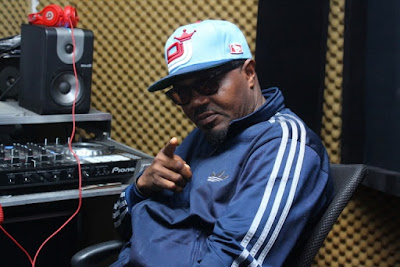 Legendary Nigerian disc jockey DJ Jimmy Jatt and waded into the supposed beef between two stars who are arguably Nigeria’s biggest stars right now, Wizkid and Davido by describing it as harmless ‘healthy competition’.
The two musicians are famously not in good terms and fans interpret several lyrics and tweets by both parties to be barbs aimed at one another.
Speaking on HipTV, Jimmy Jatt downplayed the beef, saying that the two have no real problems with each other as they go to the same clubs and never confront each other. ‘They go to the same clubs and they party together and we don’t hear of any fight. It’s just the music and these days, the sensationalism of the internet.’
He further stated that the two stars are always being pited against each other because they’re simply the most popular entertainers in the media space. ‘Sometimes they don’t even put music out there but they are always in the conversation. I think that’s good but sometimes it can be below the belt but let’s keep it clean. It’s like boxing, you can hit your opponent but not below the belt.’
Wizkid and Davido, despite the similarities in their lives and careers are rumoured to have a long standing resentment for each other. However unlike Wizkid’s physical altercation with Dammy Krane in 2016, relations with Davido have not degenerated to that level.