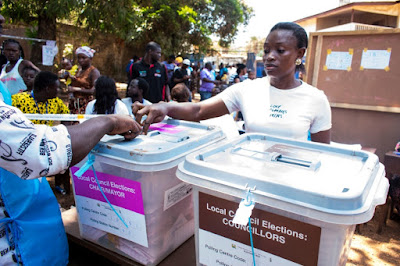 As prepared for delivery.
At a time of much upheaval in the world it is a distinct pleasure to meet here today to acknowledge Liberia’s impressive progress and discuss the path forward as the country enters the next phase of its development. While the era of peacekeeping will come to a successful close at the end of this month, long-term success demands sustained focus. Liberia’s partners cannot afford not to invest in Liberia’s future. There are far too many examples of reversal of peace and development at moments such as this to ignore the risks, as we all heard last week from the Secretary-General during his remarks to the General Assembly on Peacebuilding and Sustaining Peace.  Our support to sustainable development going forward must focus carefully on issues that will secure the peace.
The people of Liberia have already taken the first step in sustaining peace through a successful election and a seamless transition. They have demonstrated resilience and readiness for democratic progress and a resolve to move forward on a path of development. Liberia’s endowment of national resource constitutes an important opportunity if well-managed to promote the aspirations of the people. While the recent achievements deserve to be celebrated the road ahead for Liberia is marked by challenges. The country faces significant economic constraints brought about by the global slump in commodity prices, a narrowing fiscal space and a slow recovery from the Ebola crisis.  Challenges concerning national reconciliation, human rights, rule of law, marginalization of the periphery and basic governance capacity also remains.
The outcome of the election shows that the people of Liberia stands behind a pro-poor vision founded on a decentralized, people-centered approach seeking to narrow the gap between rich and poor and fight corruption. The formulation of the National Development Agenda for 2018-2024 offers a great opportunity to build on the President’s vision and fully incorporate the SDGs with an emphasis on education, health, gender equality and an inclusive economy focusing on jobs especially for women and youth as well as address the key elements of the Liberia Peacebuilding Plan.
The UN Country Team of course remains in Liberia after UNMIL’s departure and will spearhead the Secretary-General’s concept of a new generation of Country Teams tailored to national priorities and ensuring continued availability of UN expertise to the country in critical areas. It will naturally be a reduced UN footprint compared to the peacekeeping era but the Secretary-General has requested a strengthened Resident Coordinator’s Office and the establishment of a Multi-Partner Trust Fund for Liberia to ensure our strong, coherent and coordinated support to the country’s efforts in implementing its vision and achieving the SDGs which will ultimately lead to sustained peace for the people of Liberia. While the MPTF will initially be based on the United Nations Development Assistance Framework and informed by the priorities of the peacebuilding plan, it will ultimately be one of the principle mechanisms in implementing the next national development plan and achieving the SDGs.  The MPTF will ensure that strategic seed funding for priorities is available for both government institutions and UN Agencies. that not only includes sustained financial support but also ensures a coordinated and coherent approach to achieving peace.
We cannot expect the government of Liberia to meet the broad and demanding challenges they face without our continued support. In this regard I would like to thank the Peacebuilding Configuration for their continued support to the government of Liberia and the United Nation during the transition period.  The new Government will continue requiring the direct support from the Peacebuilding Configuration and all international partners.  The “Liberia Moment” on 23 of March presents an important opportunity for the Government, the PBC, and development partners to jointly kickstart the formulation of a Framework of Engagement, that will define the collaboration between the Government of Liberia, the UN and the international community in meeting their obligations with respect to sustaining peace agenda and meeting the SDGs.﻿