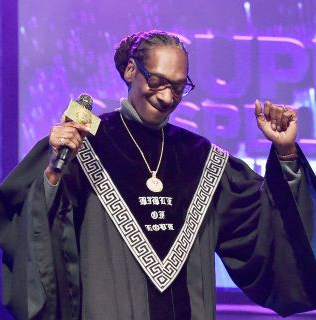 
Snoop Dogg‘s first gospel album "Bible of Love" which was released on March 16, 2018, has made it to the top of the Billboard charts.

The 32-track gospel album features some new music from other inspirational artists. One of the tracks on the album is titled "Words Are Few". On the track, Snoop Dogg spits about his relationship with God along with singer B Slade. The music video even has Snoop praying in a church with a choir backing him up.

The debut album made it to number 1 on the Billboards top gospel chart with 3,144 sales in the first week.﻿