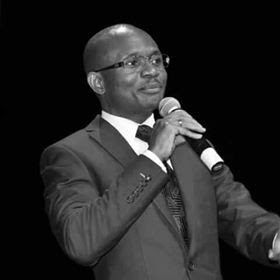 MONROVIA, March 15 (LINA) – The Director General of the Liberia News Agency (LINA), Kwame O. Weeks, has urged the Liberian media to disseminate information that will mirror the image of Liberia as well as foster the country’s growth and development.

Weeks said Liberia has a lot of brilliant minds as well as vibrant journalists who are capable of propagating messages that will portray the nation’s positive image.

He believes that journalists should utilize their skills to achieve positive dividends for their nation and people, rather than using their profession to paint negative images of others or their nation by extension.

Weeks made the comments recently at the Ministry of Information when he was officially inducted into office to succeed Jay Nagbe Sloh who served as Director General of LINA for over four years.

Weeks pledged his commitment to ensuring that LINA becomes a premium news entity where check and balance, ethical journalism, and decent work habits will be the order of the day.

He promised that under his stewardship, LINA will be well on par with other agencies and news outlets nationally, in the African region and the world by extension.

He commended his predecessor for maintaining the entity over the years and vowed to foster a suitable working relationship with him.

Speaking earlier, Sloh, who currently serves as Sinoe County District #2 Representative, and Chairman the House Committee on Information, Broadcasting, Tourism and Cultural Affairs, promised to canvass with his colleagues in the House to ensure that LINA receives the necessary budgetary allotment to make it more functional.

Sloh disclosed that top on his list of priorities is to put on the floor of the Legislature a Bill seeking to make the Liberia News Agency autonomous.

Sloh said that under his leadership as chairman of the House Information and Broadcasting Committee, the state-owned news agency as well as the Liberia Broadcasting System will be adequately funded to enhance their performance and professionalism.

Meanwhile, Information Minister Eugene Nagbe has expressed absolute confidence in the ability of Weeks as he takes on the mantle of authority at LINA.

Speaking at the turnover ceremony, Nagbe said he has no doubt that Weeks will be “a strong voice” on the national communication team of Government, expressing confidence that “under Weeks’ leadership, LINA will be expanded.”