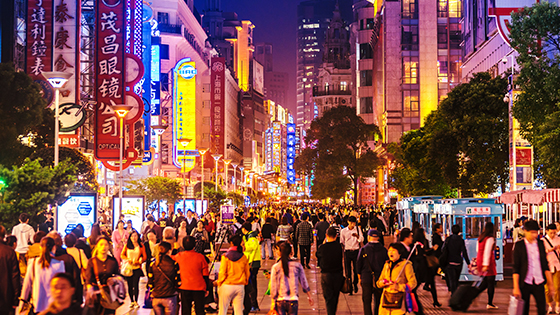 ﻿
The Government of the Republic of Liberia and the People’s Republic of China, Friday, March 9, signed an Emergency Humanitarian Food Assistance grant to Liberia. The food assistance is aimed at consolidating and strengthening the existing bilateral cooperation between the two countries.
According to a Foreign Ministry release, the signing of the Certificate of Handover and Acceptance note for the China-aid grant under which China donated 50 containers of 1,243 metric tons of rice, took place in the Foreign Minister’s conference room.
Acting Foreign Minister B. Elias Shoniyin signed on behalf of the Liberian Government while Chinese Ambassador, H.E. Fu Jijun, signed for his Government.
The donation was made possible following a request from the Liberia government.
In brief remarks, Chinese Ambassador Fu stated, “On behalf of the Government of the People’s Republic of China, I have the honor to hand over 50 containers in the tone of 1,243 metric tons of rice to the Liberian Government and people.”
Ambassador Fu indicated that the donation is another gift from the Chinese Government; adding, “The rice has arrived in the country at the right time.”
He recalled that since the inauguration of President George Manneh Weah on January 22nd, the President and his administration have been working hard to stabilize the price of the country’s staple food, with the intend to ensure that Liberians especially unprivileged Liberians can afford to buy their staple at a reasonable price.
“I believe this batch of rice will help alleviate some of the difficulties the current administration is faced with,” Ambassador Fu hoped.
The Chinese Envoy further hoped that the rice donated would be allocated to the needy; adding, “As a friend of Liberia, China is willing to share its experiences and help Liberia in the recovery of its agriculture and increase its grain production.”
For his part, the Acting Foreign Minister, Honorable B. Elias Shoniyin, lauded the Government and People of the People’s Republic of China for the bilateral gesture.
Mr. Shoniyin recounted China’s numerous bilateral aids to the People of Liberia.
He also, on behalf of President Weah and Liberia, extended Liberia’s deepest appreciation to the Government and People of the People’s Republic of China for what he called the ‘usual and genuine gift’ from China to Liberia.
The Honorable Acting Foreign Minister hopes that the food assistance would go a long way in alleviating hardship on the ordinary Liberians.
He thanked the Chinese for supporting Liberia under the previous administration of former President Ellen Johnson Sirleaf and now under the CDC-led administration.
I am extremely appreciative that China has continued to consistently maintain its relationship with Liberia.
“In the last seven days, china has signed four major agreements to support Liberia. This is a demonstration of its commitment to deepening the relationship with Liberia.”
Acting Foreign Minister Shoniyin recommitted Liberia to the “One China Policy” with the aim to strengthen the bilateral cooperation and ties with Beijing. He pledged Liberia’s willingness to work closely with China at both bilateral and multilateral levels for the mutual benefits of the two peoples.
Also speaking at the occasion, Commerce Minister Professor Wilson Tarpeh thanked the Chinese Ambassador and through him, to the Government and People of the People’s Republic of China for the humanitarian gesture and added that the donation is consistent with the pivotal role China has played in the recovery effort of Liberia.
He stressed that the donation to Liberia is extremely laudable.
Minister Tarpeh hoped that the PRC will continue to do more for Liberia; adding, “We appreciate it very much. You can be assured that the Liberian Government would utilize this particular intervention in a responsible manner.”
The ceremony was graced by the Director General of the General Services Agency, Hon. Mary Broh, and the Deputy Minister for Legal Affairs at the Ministry of Foreign Affairs, Cllr. Deweh Gray.﻿