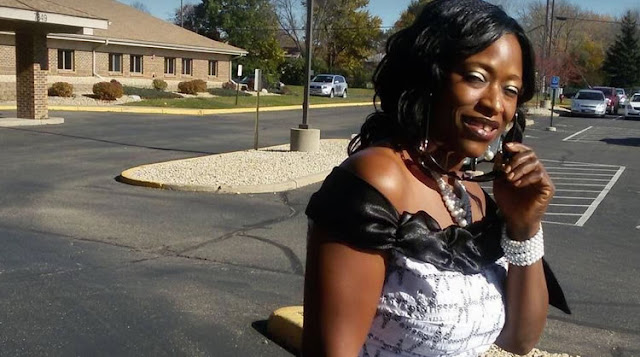 Police in Monrovia are on the lookout for an unidentified slim black male sporting a baseball cap, wanted in the cold-blooded murder Saturday evening of Joyce Otu, a Liberian mother of two, who recently returned to her homeland from Minneapolis, Minnesota in the United States of America to start a small business and contribute to the local economy.

Police Director Patrick T. Sudue confirmed to FrontPageAfrica late Sunday night that an investigation is ongoing with four suspects including the victim’s son, Sylvannus Freeman, a friend, Peter B. Brown, Isaiah Togbah, who was found with the deceased’s car keys and Daouda Konneh, 17, who lived with the deceased are in custody undergoing questioning.
Eyewitnesses informed Police that a man wearing a baseball cap was seen leaving the house and getting into Joyce’s car but no one actually got a clean look of the suspect as his cap was pulled over his face and the house at the victim’s home was dark when the suspect was leaving.
According to information gathered from the Police, earlier in the day Saturday, Daouda, the 17-year-old who lived with the deceased and also helped her with a store on the Police Academy Road, and two others were doing some painting around the house.
Her friend, Brown reportedly brought the painters to do the job.
Around 4:00 PM Saturday, witnesses informed the Police that Joyce received a phone call while at her shop and informed them that she had to go.
But witnesses say the caller on the other line may have been someone the victim knew pretty well.
Later that evening when Daouda returned to the house in the ELWA area he found the house which was usually lighted with the generator, in darkness.
As he ventured into the house he found blood and blood stains on the walls and the floor before stumbling onto the slaughtered body of Joyce.
“The lady's throat was cut and the head brushed from the right side of her face down to the right eye."
"The body was dragged from the dinning room to the bathroom in her master bedroom with her back laying against the bath tub,” the Police chief told FrontPageAfrica.
The deceased’s vehicle was later discovered around the Executive Lodge on the Robertsfield highway with the key left in the ignition.
Togbah, according to Police explained that a group of men came to a shop where he worked asking to see his boss about selling a generator.
It is believed that the generator was stolen form the deceased’s house and the men were trying to offload it on the market.
Police Director Sudue is urging anyone with information about anything regarding the case to come forward.
“We are talking to the suspects in custody but the family members were all crying in distress so they could give us all the information we wanted."
"Almost everyone was afraid to talk to us.”
As Police probe the circumstances surrounding Joyce’s death, some family members informed Police that Joyce and her son who is a deportee from the USA had lots of confusion concerning properties.
We were initially told that he usually threatened her that he will kill her if she doesn't comply to his wishes. we were also told that he was later seen at the house on the day of the murder.
But the Police chief said in initial interviews with the son, Sylvannus, he has expressed his innocence.
Sylvannus reportedly told Police that he has several alibis who can vouch that he was on the Old Road during the time of the killing.
Sylvannus reportedly told Police the reports of a land dispute between he and his late mom are untrue.
Instead, he reportedly told Police that the issue between he and his mom was over his drug habit.
“The son told us that the issue with his mother is over his drug use."
"The mother had told him that in as much as he took drugs, she wanted nothing to do with him but that they had no squabbles over property.”
Investigation Continues