An emotional post written by a man to his wife has touched so many and it's currently trending online.
In the post, Sean Price told of how he didn't adequately appreciate his wife and sometimes called her weak. He said he was so hard on her and would watch her come home bone tired from her 12-hour shift and still have to take care of the family, yet he was "stupid" and saw her as "weak". But he suddenly came to the realization that he had been overlooking how strong she was. 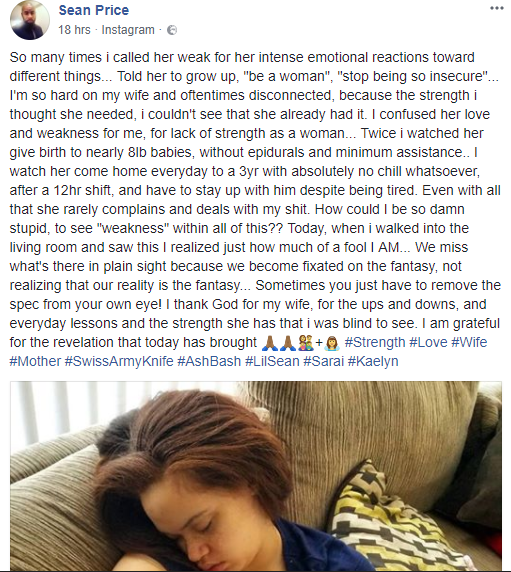 He realized this after walking in on his tired wife sleeping on the couch with their children in her arms. He captured that moment and shared it on social media.
The post quickly went viral after it was shared. It's been up for only 18 hours but already has over 43,000 reactions and 33, 364 shares.

His wife also replied to the post and her reply has gotten a lot of reactions too. 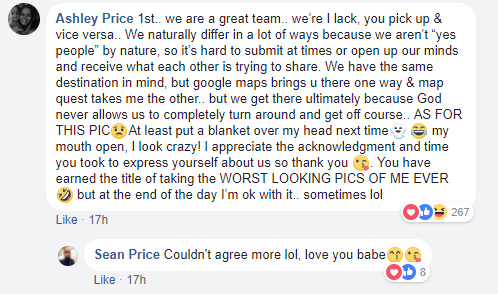