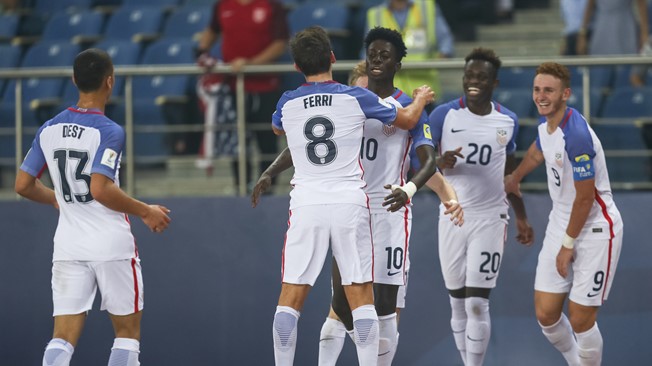 
Liberia Deputy Sports Minister, Andy Kwame does not think Timothy Weah’s decision to play for Liberia is an indictment on his father, President George Weah.
The younger Weah is said to be preparing to make his debut for the USA despite his dad being the leader of Liberia on March 27.


According to the 18-year old it is an honor to get his debut call-up from the USA national team for the friendly against Paraguay .Though Timothy Weah is following his father’s footsteps by playing for French club PSG took an unpopular decision by ditching the Liberian national team.
However, Minister Kwame believes Timothy’s decision should not be politically twisted.

“I don’t want this to be taken as a political issue because he has the right to take any decision because he is 18years old. He has the option to play for three countries Liberia, Jamaica and USA so it no indictment at all.
“President Weah played for Liberia, captained and sponsored the team and so we rewarded him with the Presidency,” he told Starr Sports.
The younger Weah only recently turned 18, but can already boast two first-team appearances for French giants PSG on his CV.