'Pregnant' Cardi B's reportedly having her baby in July 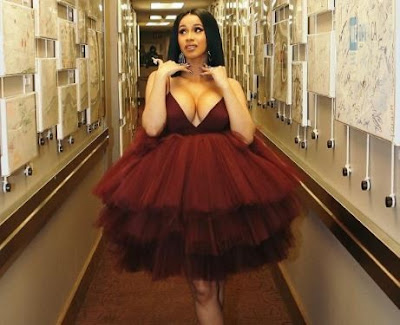 
Pregnancy rumors have been circulating for months now that Cardi B and her fiance Offset are expecting their first child together.
According to a latest TMZ report, the hip-hop star is set to welcome her first child this summer, and it won't stop her from performing at the Coachella.
Read TMZ report below.
'The rapper's due the first week of July and will be close to 7 months pregnant with Offset's kiddo when she takes the stage next month at Coachella.'
'It's unclear if she'll dress to cover up what will most likely be a noticeable baby bump by the time she takes the stage. Notice, she was more modest last week at the iHeartRadio Music Awards.'
'Our sources say Cardi plans to remain in work mode until she pops. For example, we're told she's spent the last 2 weeks buried in the studio to complete her debut album. She also fully intends to go on tour with Bruno Mars in September ... a whopping 2 months after giving birth to her first child..'﻿