California teacher fired after calling U.S. troops ‘the lowest of our low’ 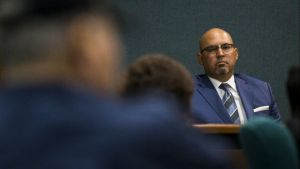