Mr. Jefferson Koijee 'We careless about the media criticisms of this government.' 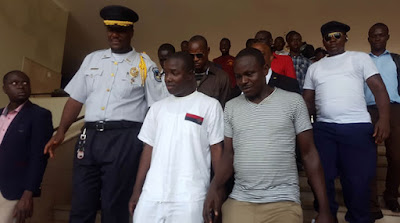 On Tuesday, March 13, the City Mayor of Monrovia, Mr. Jefferson Koijee, warned that the CDC-led government, which he actively participated in helping to win state power, won’t be intimidated by media reportage.
A LOCAL MEDIA HOUSE QUOTES him as saying: “We stand tall to work for our people and careless about the media criticisms of this government.”
HE WENT ON TO SAY THAT THEY waited for 12 years to ascend to their various positions of power and so whether they go wrong and are told about their ills, they are not going to be bothered by whatever the Liberian media says about their deportment.
A FEW DAYS BEFORE THE MAYOR made his trivial comment against the media, two important lieutenants, Deputy Information Minister Eugene Fahngon and Deputy Managing Director at the Freeport of Monrovia, Mrs. Celia Cuffy-Brown, had made very incinerating statements against the media.
SPECIFICALLY, EUGENE ACCUSED Liberian media practitioners as people who called the President “dull” and said all manner of ill things about him. He went on to say that the media would remain poor or broke for the next 12 years. Now this is only if they are going to win another six-year mandate from the Liberian people after they shall have completed the first mandate.
FOR CELIA, SHE DESCRIBED AS “nonsense” media reports of how she has handled things at the Freeport of Monrovia.


They need to study the case of Uganda, it might help them understand the power of media.