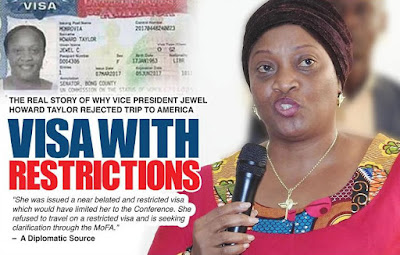 Despite holding the second most powerful position in Liberia, Madam Jewel Howard-Taylor still faces hitches when applying for visa to travel to the United States of America.