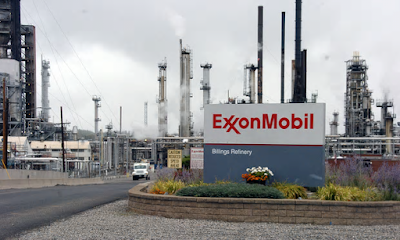 Under the leadership of former secretary of state Rex Tillerson, oil giant Exxon Mobile signed a $120 million deal for an oil block in Liberia that company officials knew was rife with corruption, according to a new investigation by the transparency organization Global Witness.
The deal between Exxon and the Liberian company Broadwar Consolidated/Peppercoast (BCP) was signed in 2013 despite Exxon’s concerns that the deal could violate U.S. anti-corruption laws. The investigation by Global Witness showed that Exxon executives were aware that the oil block they purchased was part-owned by former politicians who had taken ownership of the block through illegal means.
“Exxon knew its purchase might enrich these former politicians. The company also knew the oil block had originally been awarded to BCP after Liberia’s oil agency paid bribes,” the report read.
“Despite these corruption red flags, Exxon didn’t walk away from the deal. Instead, it engineered a plan to skirt U.S. legal exposure, using the Calgary-based Canadian Overseas Petroleum as a go-between to purchase the block,” the report continued.