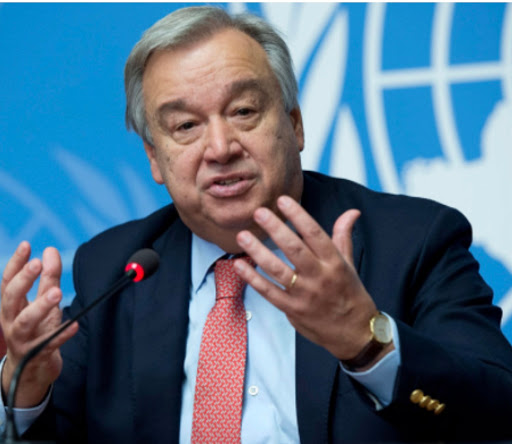 On Thursday, the UN Office for the Coordination of Humanitarian Affairs (OCHA) and its partners launched a 313 million dollars appeal to cover the basic needs and protection of about 940,000 people, who were displaced in Libya.

The UN relief agency said millions of people across Libya were suffering amid the fallout from a protracted political crisis, outbreaks of violence and displacement. the Humanitarian Coordinator for Libya, Maria Ribeiro, said: “The difficulties people in Libya face in providing for their basic needs are real and we all need to be aware of the human cost of inaction. In my interactions with Libyan men, women and children, I see people who want to feel safe, have their rights respected and know that they do not have to live from day to day”.

The current crisis in Libya, which had been in conflict since a disputed election in 2014 following the 2011 toppling of long-time leader Muammar Gaddafi, was the result of ongoing hostilities among rival factions, political instability and a vacuum of effective governance.

These have resulted in a further breakdown of functioning systems within the country, the UN humanitarian wing said. The 2018 humanitarian response plan, the third coordinated appeal in Libya, is being launched on behalf of the humanitarian community in partnership with the Libyan authorities.

It would help to implement 71 projects by 22 organisations, including UN agencies as well as national and international non-governmental organisations. The projects aim to assist with deteriorating living conditions by ensuring civilian protections, in accordance with international law.

This is to ensure basic service access for internally displaced, returnees and the most vulnerable non-displaced Libyans, including migrants, refugees and asylum seekers. The funds would also help to strengthen families’ capacities to cope with the continued pressures of instability, fragmentation and economic decline