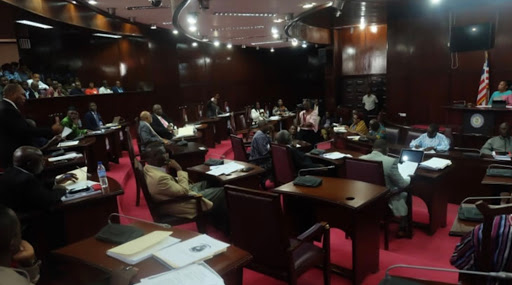 Liberian Senators are providing contrary opinions on calls by President George Weah to revisit laws on citizenship, property ownership, and law to make people of non-Negro decent citizens of Liberia.

In an off-the-agenda discussion (informal) while the law is yet to be presented to the Legislature by the President of Liberia, lawmakers (Senators) were on Tuesday, January 30, heard in the chambers arguing particularly over that very sticky issue of dual citizenship, which the President highlighted in his State of the Nation address on Monday, January 29.

Some of the lawmakers supported the idea of making “white people” citizens of Liberia, while others kicked against the idea. But those of them who were seen supporting a white person citizenship disagreed with the proposal to give white people rights to own property (land).

In the President’s address, he stated that the great objective of forming these colonies was to provide a home for the dispersed and oppressed children of Africa, and to regenerate and enlighten this benighted continent, none but persons of color shall be admitted to citizenship in this Republic.

“I am of the view that these threats no longer exist, and that these conditions have changed."

"In these circumstances, it is my view that keeping such a clause in our constitution is unnecessary, racist, and inappropriate for the place that Liberia occupies today in the comity of nations.”

President Weah argued that the law contradicts the very definition of Liberia, which is derived from the Latin word “liber,” meaning “Liberty.”

“I believe that we should have nothing to fear from people of any other race becoming citizens of Liberia, once they conform to the requirements of our Immigration and Naturalization Laws, as may be appropriately amended to address this new situation.

“In fact, we have everything to gain."

"If we look in our region amongst the other member states of ECOWAS, especially our neighbors in La Côte d’Ivoire and Ghana, it will soon be observed that permitting people of other races to become citizens has not marginalized their indigenes.

“I believe that this is an anomaly that should not have found its way into the 1986 Constitution [Chapter 4, Article 27]. I therefore strongly recommend and propose, respectfully, that consideration should be given to removing it by appropriate measures provided for in our laws for amending the Constitution [Chapter 12].”

Since the President delivered his speech on Monday, Liberians from all walks of life continue to weigh in on the discussion, which doesn’t seem to be ending anytime soon.