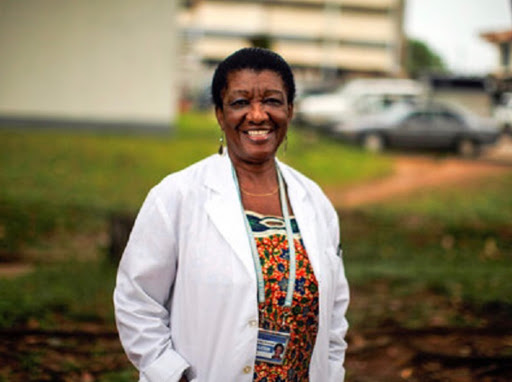 Speaking in an exclusive interview with those accused on the social media platform of carry out massive looting from the Hospital rubbished the report, noting that the source of such slanderous information is coming from detractors who do not want to see progress, but rather thread lies and misinformation in order to have their selfish aim accomplished.

“This report is fake, and has no iota of true in it, those behind such report are detractors of our progress” Ms. Munah Tarpeh, young and energetic Deputy Administrator of the Hospital who during the interview appeared frustrated over such report lamented.

Also speaking to our staff, Dr. Billy C. Johnson said at no time did any of the hospital’s staff ever made any attempt to take away properties of the hospital, has been reported on social media and published in the Front Page Africa that a pick-up truck was spotted carrying a freezer, flower pack, curtains, beds and other items leaving the hospital compound late Thursday evening.

Regarding the discovering of One Million Liberian Dollars in a taxi cab in the compound of the hospital where it was also alleged that the money discovered was belonging to the hospital proved untruth, as information gathered by our reporter from the police noted that the money in question and discovered in the taxi cab was belonging to a private citizen who was passing through the compound of the hospital.

In an exclusive interview with one of the investigators from the Liberia National Police who is said to be on the case confirmed that the money in question has been turned over to the police, while the man believed to be the owner is also been interrogated, and rubbished media report that the money was taken from the hospital by authorities.