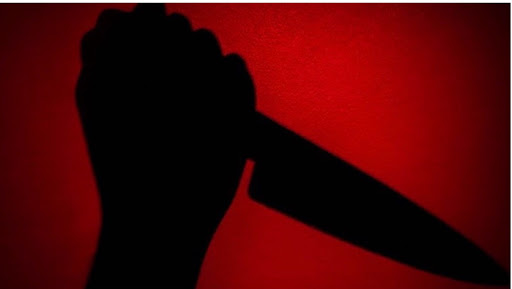 Blay was found guilty by an empanelled jury which brought down a unanimous guilty verdict for the crime of murder.

On August 10, 2017, Alfred Gray commonly known as Algray, the victim, left Putu Town (Civilized village) and went to John Broh’s farm in the morning hours; while returning from the farm later the same day, defendant Blay struck a stick on his neck and later co-defendants Francis Seekey and James Nimene jumped on the victim and started beating him until he died.

When he died, defendant Blay extracted and salvaged the private parts of Gray and the victim’s remains were found on August 11 by the road from John Broh’s farm to Putu Town (Civilized Village).

Defendant Blay was arrested and interrogated, charged and subsequently indicted by the Grand Jury in Grand Kru.

Defendant Seekey died in jail after the indictment was drawn against the defendants.

When the case was called, the defense team filed a motion for severance and the state posed no objection and it was granted.

Co-defendant Nimene was then remanded to jail during the trial of defendant Blay.

Defendant Blay when arraigned before the court to ascertain his plea, he pleaded guilty to the offense charge in the indictment, but the court entered a plea of not guilty under section 16.4 of the Criminal Procedure Law.

The cousin of defendant Blay, Lawrence, during his testimony told the court that before defendant Blay had committed the act, he was offered a bowl of rice by Seekey and after eating went ahead willingly to commit the act.

According to the witness, the defendant informed them in admission and confession that Seekey and Nimene advised him to take one direction leading to the farm road, while the other two defendants were taking another direction and they later met.

“Seekey and Nimene hid themselves behind a rock, while the defendant remained on the farm road to meet victim Gray,” Lawrence said.

“The defendant and victim Gray met on a farm road and both of them started coming towards the town."

"They reached to the area where Seekey and Nimene were hiding; they threw a sign to the defendant, who was walking behind the victim, to strike the victim with a stick.”

“The defendant then struck the victim with the stick on the neck and he dropped on the ground."

"Thereafter both Nimene and Seekey came out from their hiding place and began beating on the victim until he died.”

Defendant Blay was instructed by the two defendants to extract the penis and testicles of the deceased.

The defendant then used the cutlass and extracted his private parts.

According to Lawrence, the reason behind the killing of Gray was because of his refusal to marry Nimene’s daughter.

Detective Maxwell Tarwily, Chief Investigator of Grand Kru County, received information from the community police that a man, lying on a farm road, was found dead with his private parts cutoff.

Victim Gray was a classroom teacher, who on the day he was murdered, had on a navy blue trouser with a colorful stripy short and a pair of white rain boots.

When Defendant Blay took the witness stand, he said Seekey contacted him on the contract but he continuously refused till he ate from Seekey and Nimene that day.

“Seekey and Nimene promised me one motorbike and US$10,000 as a reward for him to participate in the killing of Gray and I agreed.

But till today I have not received anything from them,” defendant Blay testified.

The evidence before this court established that co-defendants Nimene constantly complained to Seekey that victim Gray wounded him before and the matter was resolved, but he promised to retaliate.

“Nimene also complained to Seekey that victim Gray born children by his daughter but later abandoned her,” Judge Gbeneweleh said.

He added that the facts and circumstances, the State has proven to the contrary, the defendant has committed the crime of murder and that he is not innocent.

Defendant Blay pleaded for mercy and asked the family and Grand Kru and the country for forgiveness and mercy for the murder of Gray.