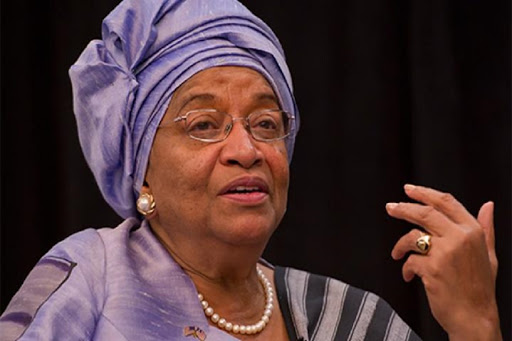 12 days from now, President Ellen John Sirleaf will be leaving office and handing power over to President-elect George Weah. Now that her term is coming to an end, there has been much talk about her accomplishments, failures and legacy.

Supporters of the President will have their say, but critics would flunk her accomplishment or contributions to the development of arts and culture. No matter the argument, President Sirleaf will leave office with some good and bad legacies in Liberia’s arts and culture scene.

Below are some assessments on the president’s contributions and shortfalls. Here we begin with successes.

Over the last 12 years, some artistic unions including the Musician Union of Liberia and the Liberia National Movie Union have benefited from government subsidies, which was intended to help them build a structure that will lead to the establishment of an industry. However, these funds were misappropriated.

In fact, last year, the movie union received US$20,000 from the government through the Ministry of Information, Cultural Affairs and Tourism intended to alleviate some of the struggles in the industry, but instead misused said fund.

Though not all artistic unions have benefited from the government subsidies, she cannot be total blamed for the lack of real growth in the industry, rather it is the leaders of the various artistic unions who lack vision, scruples and are not capable of implementing policies that will see the entertainment industry grow.

This did not happene over night. It took 8 years before a new Intellectual Property (IP) law came into existence. But the coming of the law, which replaced the updated copyright and industrial laws, clearly indicate her government’s willingness to create an enabling market environment where creators can benefit from their works, as well as fight piracy, with the introduction of the hologram security stamp.

That new law, which resulted in the combination of the copyright and industrial property laws into one, since coming into force, has spurred innovation and creativity in the country, which was recently seen at the MSME conference that saw five innovators walking away with US$500 each.

President Sirleaf will go down in history as Liberia’s first and only president to have developed a national strategy for the development and promotion of tourism in the country.

The strategy, which views this sector not only as a key pillar for national development, but most importantly as a mechanism to alleviate poverty and contribute to wildlife conservation, enabled the coming into being of eco-resorts like Elizabeth village, and an increase in domestic tourism travels.

The strategy has also seen increased protection for wildlife or protected areas, and the preparation of Liberia’s nomination dossier, which listed several historical sites including the East Nimba Nature Reserve to UNESCO to be accepted as world heritage site. The Nimba Reserve has one of the most remarkable diversities in terms of flora and fauna in the whole of West Africa due to its unique geographical and climatic location.

Lastly, the Sirleaf led administration successfully negotiated the tribal deed (10 acres of land) for Behsao cultural village, which gives government the full right to develop the land as a cultural village without any hindrance in the near future.

The renovation of the Liberia’s National Museum, which suffered severe looting, damage and neglect as a result of the country’s 14-year civil crisis, is a remarkable project undertaking by President Sirleaf.

It is a remarkable achievement because the museum’s renovation will help save memoirs of past presidents, cartographic materials related to Liberia’s cultural artifacts, as well as galleries of classical and contemporary works of art for future generations that were getting damaged due to rainwater leaking into the museum.

The renovation also served as a haven to preserve and display cultural artifacts that offer insight into the country’s past, including the civil war years.

Lack of political will to fight piracy

Although her administration passed a well-accepted IP Law, President Sirleaf’s administration has proven critics right with the lack of political will when it comes to fighting piracy.

Under her administration, piracy has increased tenfold and no one case has ever been prosecuted due to the constant and deliberate poor budgetary allocation to Liberia Intellectual Property Office, which weakened the agency’s power when it comes to protecting creators’ works, since the funding cannot allow them to hire sufficient staff to carry on monitoring and supervision to get rid of piracy.

This low budgetary allocation also made it difficult for the agency to expand its operation beyond the nation’s capital, Monrovia, not to talk about hiring lawyers to prosecute pirate among other things.

President Sirleaf’s great regret after leaving office will be her administration’s lack of a clear strategy to promote and safeguard the country’s cultural and traditional values for future generations.

Under her administration, Liberia’s cultural and traditional values have been eroded greatly due to the increase or proliferation of western values. Secondly, she broke away with previous presidents’ practice of organizing cultural festivals, but went on to sell the National Cultural Center, home to the national culture troupe, to an American hotel investor, Robert L. Johnson, founder of Black Entertainment Television (BET).

Additionally, historical places like Behsao – Liberia’s second culture village dedicated by President William R. Tolbert in the late 70s that holds the grave of King N’jola and his memory as one of the kings who sold land to the pioneer settlers, lies in ruins.

Also, the grave of Daniel B. Warner, composer of the Liberian National Anthem, located on Warren Street, and that of King Peter, a Gola ruler that once controlled the land that includes present day Monrovia, are in deplorable conditions, with cracked walls, faded paint and molds visible surrounded by unkept grass and garbage.

These historical sites and more are being damaged due to lack of care or neglect from the Sirleaf administration. Up to present, since the National Cultural Center was sold it has not been rebuilt despite R.L. Johnson’s giving US$100,000 for a the Center’s relocation and construction.

There were several workshops held with money from UNESCO to convince the government to ratify cultural conventions that other countries have benefited from for over two decades. And from one workshop to another, President Sirleaf’s government promised to do so but did not.

Another benefit is that the regulation removes tariffs from importing educational materials from countries that are parties to this convention. Materials such as books, research materials, films, slides, videotapes and sound recordings of educational, scientific or cultural nature, as well as library materials, would enter Liberia without duties.

Lastly, among other benefits, this instrument consolidates the supervision of archeological excavations, ensuring the preservation of certain cultural property and protects certain areas that are reserved for future research. It forestalls the illegal export and import, ownership and transfer of cultural properties.