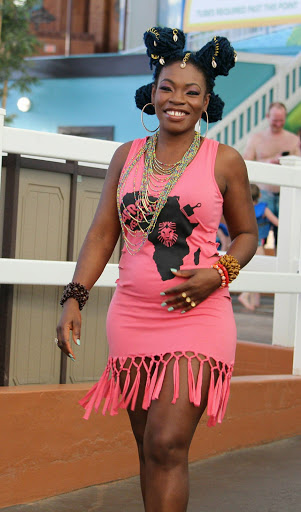 Neo-Traditional singer, Mz Menneh has called on women in the Liberian music industry to speak out against gender inequality in the music industry, which has led to them being underrepresented and undervalued.

The ‘Zomo’ crooner added that if women in the industry continue to remain silent, the fight to and gender inequality will not be effective.

Menneh noted that although there is a price to pay for speaking out, it is still worth doing to bring an end to a situation that is killing their careers.

The issue of gender inequality in the industry came to light after Liberian R&B recording artists J. Glo and Angie Tonton broke their silence and complained that inequality has increased in the Liberian music industry, at levels that have never been seen before.

Glo and Angie Tonton explained that although this problem has been in the industry for years, it is now at an unprecedented high, to the extent that they (females) are seriously being underrepresented in the industry and are not getting fair airplay from radio stations and club DJs.

They noted that whether it is radio or club airplay, festival lineups or industry awards, male artists remain overwhelmingly dominant in the music industry on a number of levels, and it ought not to be so.

“I want more women to speak,” Menneh says. “This is the only way we can solve this cultural problem. I’m a victim of this bad treatment in the industry and I think this is the right time to put an end to it. I sent my songs to many male DJs, yet they have refused to play them. Even when I visited Liberia, I met many of them, but they demanded something in return for promotion.

“During my stay there, I observed that this is only happening to the females. I’m glad that J. Glo and Angie Tonton were able to break their silence to motivate us to speak.

“If we want change and to regain our prominence back in the industry, then we all have to come together with the courage to say enough is enough and no more.”

Menneh said she understands that this may not be as easy as it seems – because of the stigmatization that the victims of these inequalities are made to experience, making it difficult for most of them to speak out.

She added that nowadays, victims forced to speaking up against gender inequality risk enduring endless backlash from people, sometimes including sexist abuses and threats to the person’s life.

“But this should not be the reasons you have to remain silent. Speaking out is the best instrument in the fight for gender equality. I was like that before, but I have gained the courage to bring the issue to light to find solutions.

“By raising your voice, you are confronting the inequality. By talking about it, you are promoting a cycle of openness and actions to be taken against the injustice.

“Despite what your experience might have been, it is important for you to know that by speaking out on it, you are helping correct the injustice. Your voice on this matter is important,” Menneh said.

The Liberian diva said it is important for women in the Liberian music industry to speak up against the inequality to bring the issue to an end.