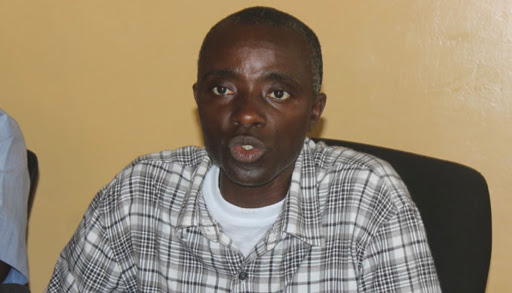 The National Health Workers union of Liberia (NAHWUL) says to build a resilient health sector would require the new government considering the health workers union as a vital stakeholder and a major partner of the sector.

George Poe Williams, Secretary General of the NAHWUL said, during a news conference in Monrovia on Tuesday, that the government must consider that for the “country to have a resilient health sector it must have resilient health work force”.

“As such, this government should consult and listen to the views of the union on health related matters and when taking major decisions in this sector by building this mutual relationship between the employer, in this case, the government of Liberia and the health workers, all parties including the GOL, the Liberian People, and the health care providers will benefit an effective and efficient health care delivery system in this nation,” Williams told reporters.

“Now, let there be a consultation before appointments are made so that people who we can work with, people who have the expertise to help the nation,” he said.

“We can suggest those names to the government and the Ambassador (George Weah) so he can make the rightful choices because if he just picks anybody anyhow just because that person is a doctor, they may not be the right driver in the right seat at the right time.”

He said the characteristics of a good leader of the sector should including administrative knowledge, passionate about the sector, have demonstrated willingness to work selflessly, and have cordial relations with health workers in the country.

Williams said the association is drawing the attention of the incoming government to the concerns of health workers, which have been looming for the last 12 years and has been overlooked

This, he said, led to fatal consequences, including the case of Ebola virus outbreak when over 200 health workers died because the outgoing administration refused to listen to health workers.

“There were persistent shortages of essential drug and other Medical plus Laboratory equipment. Health workers’ meager incentives were regularly delayed sometimes up to 11 months,” he said.

“Many of them are still volunteering after serving their nation for more than five years. There is no room for career ladder in the Ministry of health, local and foreign scholarships are still on a who-knows-you basis, the JFK, our nation’s teaching hospital, which used to be the Regional Referral Center, and once had more than 50 specialized doctors, is gone brain drained today.”

The health workers say the incoming government must not allow such situation to continue - “These are some of the changes the Liberian people voted for on December 26, 2017.

They then recommended the incoming administration consider Senator Armah Zulu Jallah committee’s report which was endorsed by the plenary of the Liberian Senate for the reinstatement dismissed leaders of their union.

Williams was referring to the decision by the Ministry of Health to dismiss the leadership of the health workers union for the past six months after repeated protest against officials of the ministry.

As rocky as the relationship between the leadership of the health workers and health authorities in the country appears, Williams said the Mo, under the leadership of Dr. Bernice Dahn as minister, has made no efforts to find common grounds.

He said the sour relationship between the ministry and health workers has affected the progress of the health sector.

“Let’s there be harmony understanding, let there be collaboration between the workers and their employers and then you will see the health sector will move forward,” he said.

NAHWUL, however, pledged their willingness to remain “constructively engage with the government in waiting and openness to social dialogue at all times”.