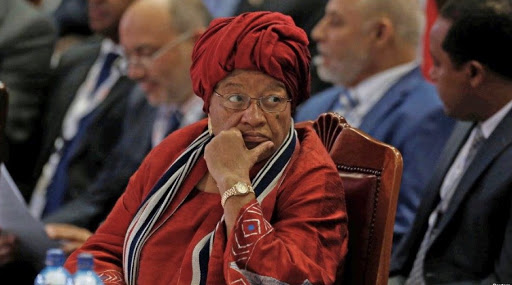 President Ellen Johnson Sirleaf has been ousted from the party that brought and sustained her in power for the past 12 years.

She was expelled from the Unity Party (UP) late Saturday evening, January 13, 2018.

According to a UP release signed by the Assistant Secretary General for Public Outreach, Mohammed Ali, the vote for her expulsion was taken as a result of several violations of the party’s constitution and other “acts inimical to the existence and reputation of the party”.

The release stated the Article VII which spells out the obligation, rights, and entitlements of members of the Unity Party was violated by the President.

According to release, in the case of the Deputy National Secretary, Patrick Worzie, he in addition to constitutional violation, took a total of US$11,000 worth of stationery from the Lion Stationery Store in the name of the party without the prior knowledge of the National Chairman and the Treasurer of the party. This information is, however, not independently confirmed by this paper.

Throughout the 2017 election process, several calls were made by partisans to expel the Standard Bearer Emeritus, Mr. and Mrs. Wesseh for campaigning against the party’s Presidential and Vice Presidential candidates in gross violation of the party’s constitution, the release stated.

“The decision to expel took the NEC of the party a long time because it has to be established that those expelled had actually violated the constitution of the party. The behavior of the expelled persons also constitutes sabotage and undermined the existence of the party,” the release noted.