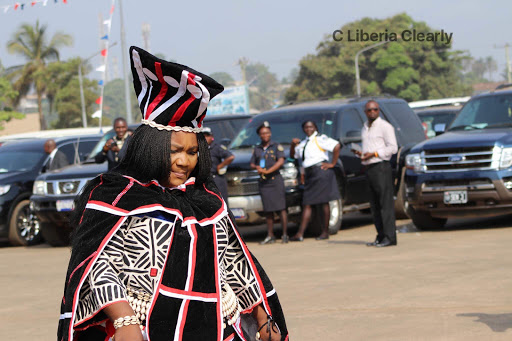 Liberian event planners on the entertainment committee for the inauguration ceremonies of President George Weah addressed speculations that they received US$123,000 from the Inaugural Committee to plan the entertainment aspects of programs.

According to FrontPage Africa, Culture Ambassador Julie Endee and  Bakue Tubman claimed that  there were many reductions in the budget they submitted, that affected the original plan and even cost them their personal resources spent on pre-planning the ceremonies.

A previous budget of US$180,000 for entertainment was submitted by the entertainment committee, which included Amb. Endee and Tubman along with two other members representing the Congress for Democratic Change (CDC), but was reduced many times.

They said the chairs of the inauguration committee finally opted to approve a budget of US$24,550 for entertainment.

According to the original plan for entertainment, the programs should have included several entertaining activities with cultural troupe, musical, and animation performances and a fashion show amongst others.

Ahead of the budget’s approval, Endee said she thought to pre-finance the purchase and production of customs including scarfs and wrappers for the celebrations.

She also sponsored rehearsals for local artists as they prepared for the performances.

But three days to the program, Tubman and Endee said the budget was cut down to US$24,550, which was inadequate to underwrite expenses for more than 300 local artists, 30 cultural troupes and at the same time purchase traditional customs and cover other expenses.

Liberia’s Culture Ambassador said she later refused payment from the inauguration committee despite spending her own resources to pre-finance the planning of entertainment shows.

“I am losing but it is good for me to say I did it for my country on pro-bono, then for me to say they paid me and I accept penny,” she said, disclosing that the committee resolved to pay her only US$2,000 after she had spent over US$6,000 on pre-planning.

FrontPageAfrica has seen several receipts showing that Endee spent over US$6,000 to pre-finance activities leading to the programs.

“After the inaugural committee reduced the budget I was constrained to waive my expenses,” she said.

“I told them to give the check to someone else because the Crusaders for Peace decide to take no money because they were underpaying us.”

She denied speculations that she invited international artists to perform at the program.

Amb. Endee: “I just want clarification that I did not receive us$190,000 as it has been speculated and that the budget I know about is US$24,550 and I also waived all my event planning organization fee and all the fund I spend on pre-financing the purchase of customs, rehearsal time, transportation and my time.”

First thing, I was criticized because I am not a CDCians, but what is important was to work together even though the committee said there was no money, she added.

Tubman claimed to have also waived all her expenses made to ensure the entertainment program was probably organized.

Her comments also corroborated with Endee’s claim of also waiving money they both spent individually to pre-plan the entertainment programs.

The budget was too limited to cater to all the artists and at the same time pay for their services and other expenses, Barkue said.

“Why will I take money from young artists that are trying, and I know that whatever money that I charged, they (inaugural committee) didn’t have it. So, as Liberians we just decided – the two of us – waived the money,” she said.

She also denied allegations of misappropriating funds intended to organize the entertainment shows for the ceremonies, and said the lack of an event planner or coordinator affected the entire organization of the program.

“Some time what people fail to realize is that you may have committees working but you need somebody to coordinate all their efforts in order to make the program a success and that was the missteps,” Tubman said.

She added that many of their recommendations were turned down after the budget was reduced, creating changes and hitches in the original plans.

Ahead of the inauguration, there were reports that President Weah had requested a cut in the budget.

And the two Liberian entertainment promoters said late changes in the plans by the Chief of Protocol also disrupted the Liberian artists scheduled performances during the inauguration program at the SKD Complex.

A FrontPage Africa investigation has also found that there were several indecisive and late changes in the plans leading to missteps and poor showing at the SKD Sports Complex on January 22.

During the program, several foreign guests were seen sitting or standing around under the sun.

Some guests described the protocol of the program as dismal as security and protocol officers hastily paced around the podium to rearrange seats for international guests as they arrived.

As guests arrived, several ministers and former lawmakers were asked to give away their seats to the foreign guests.

According to the breakdown of budget for the program, US$43,000.00 was spent on the construction of a stage for entertainment and US$12,000 for the interior decoration.

For the preparation of the venue for the inauguration ceremony, US$66,000 was expended, while US$56,000 was spent on the construction of the stage.

The inaugural committee also spent US$36,000 on infrastructure cleanup.