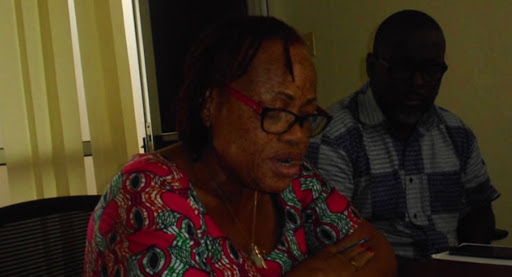 Madam Cassell apparent reaction is against claim and lawsuit the tech company filed against her at the Commercial Court at the Temple of Justice.

In its lawsuit, the firm claimed it supplied computers and set up a lab at the Ministry of Gender, but the Minister has refused to pay for the services rendered.

The company, thru its legal counsel Cllr. Cooper Kruah, alleged that fund used to purchase the computers for the ministry was borrowed from a local bank, which has accrued lot of interest due to the refusal of the ministry to pay the company for its services.

“The court needs to press Minister Cassell to pay this company because the money the company used to buy the computers was loan borrowed from the bank which has accrued lot of interest,” Cllr. Kruah told presiding Judge Chan-Chan Paegar.

But Minister Cassell, who has been ordered arrested by the Commercial Court for refusing to honor the court judgment, has refuted the allegation.

Addressing a press conference at the Ministry during the close of the week after her arrival from the abroad, Cassell disclosed that she does not owe the IT company as an individual rather it is the Ministry of Gender Children and Social Protection that owes the company as an institution.

She said the service rendered by the firm was for upgrading a governmental infrastructure (ministry) in order to enhance its efficiency, productivity and responsiveness to meet the growing demands for its services.

“The fact of the matter is that the debt owed Smart-Tech by the ministry is valid, and we are pulling all stops to make payment and honor the judgment by the court, hopefully, a quick resolution can be found and Smart Tech will be paid the arrears owed as soon as possible but the debt owed not me but the ministry,” said Minister Duncan.

Minister Duncan said during the time of the debt in July 2017 she was on temporarily leave from the ministry in order to contest the representative seat of Grand Bassa County during the just-ended Presidential and Representative Elections.

“Let me say to you that in July, I was out of this Ministry; therefore I could not tell you what took place during my absence,” she said.

However, FrontPage Africa has gathered from sources at the ministry that in Cassell’s absence her Deputy, Siene Abdul Baki took charge as head.

The source, however, said the contract with Smart-Tech was signed by Minister Cassell prior to her brief departure from the ministry.

When quizzed whether anyone has confronted her with a writ of arrest from the Commercial Court at the Temple of Justice, Cassell smiled and replied and said “No”.