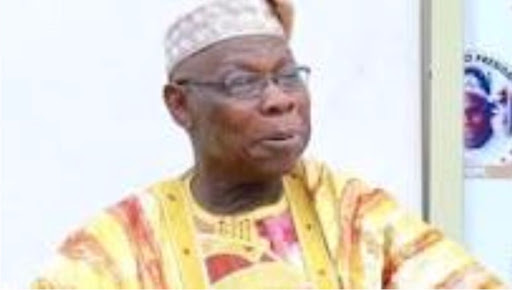 Adamu said they would be conferred with the degrees on January 20 at the institution’s headquarters in Abuja.

He said that Obasanjo would be considered for an appointment as a facilitator or supervisor as PhD is the least qualification for one to teach in the institution.

He said that despite being a former president, Obasanjo conducted himself properly and deservedly bagged Doctor of Philosophy in Christian Theology.

“There are lessons to be learnt from Obasanjo’s feat—one is never too old to learn; Obasanjo was about 80 years when he started the programme and has finished it at 82.

“Again, one is never too powerful to learn; he was president twice and yet subjected himself to learning; learning is a humbling process

“We will consider him for the post of a facilitator or supervisor; maybe for our Abeokuta Study Centre; we will suggest it to him,” he said.

Adamu said that that because of Obasanjo’s achievement, NOUN had received requests from other older citizens.

He disclosed that NOUN’s Business School would soon take off and would run nine professional programmes.

Adamu said that the institution had created Centre for Entrepreneurship Studies which would generate employment opportunities for the graduates.

According to him, NOUN has opened linkages with foreign universities in order to broaden its scope.

He disclosed that Sussex University in the UK has reached out to NOUN to be its hub in Nigeria; Open University of UK, University of South Africa among other are partnering with the university.

NOUN, he said, would be expanding to create diaspora study centres in Niger Republic, Burkina Faso, Liberia, Gambia, Senegal among others.

“These are still subject to approval from the National Universities Commission, the Federal Ministry of Education and the Ministry of Foreign Affairs,” he said.

On the standoff between NOUN and the Council for Legal Education over the status of Law graduates, he said that the Senate had passed the NOUN Act Amendment Bill.

He said once the both chambers harmonise on the Bill, it would be sent for presidential assent.

Adamu said that once the amendment was signed into Law, all controversies surrounding the Law programme as well that concerning the National Youth Service Corps (NYSC) would be resolved.