Davido’s reaction to photos of wizkid’s kids is everything 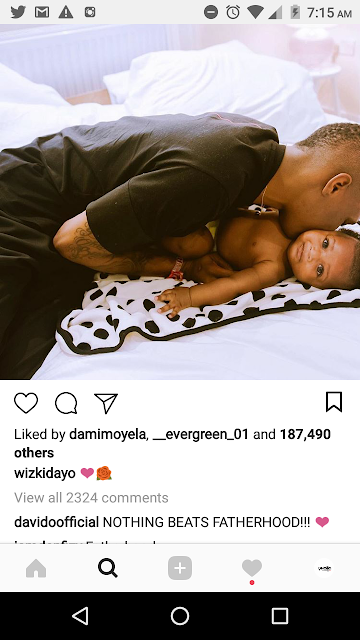 Starboy Wizkid recent posted pictures of his kids, which attracted thousands of comments.
However, one which caught the attention of many was that of fellow star, Davido.
Reacting to a picture of Wizkid and his youngest son, Davido wrote, “NOTHING BEATS FATHERHOOD!!! ”
Since they settle their differences last year, both artistes have performed together twice.