We must change, with the world, not remain static 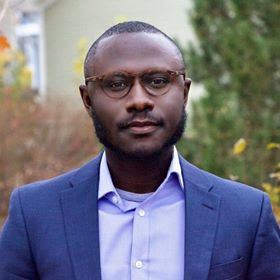 Constructive Suggestions: Liberia's Mansion should have its Youtube page for professional videos made for the President's activities. We can learn a lot from the West or other developing countries, in Africa and around the world. In the West, the President's accomplishments are seen as historical and are filmed, and put on DVDs for the next generation. These accomplishments are placed in Museums around the country.

We all want Pres. Weah to accomplish greatness. But this greatness must be filmed, professionally and perhaps place in Liberia's Museum, down the road, as something our grandkids, or great grandkids could watch, when there are no Vimeo, Twitter, Facebook, Youtube, or anything else that connects us and also isolates our realities, for that matter.

America is considered one of the greatest countries in the world because Americans' leaders think 50, perhaps 60 years into the future, when they are no longer here. These thoughts had made young Americans comes understand the impact of great depression and what it meant to their grandparents, just by watching historical movies that are held up in museums around the country. The world is a changing place; nothing should remain static. Liberia must now change with the world, not be left in the dark ages.

When you see Westerners with their Big, big cameras, at events in Africa, that's what they are doing; they are capturing those videos. If we are not too bright to quickly catch on, we'll come to lost those visions and later on start buying our historical videos from "THEM." The past Obama's administration had a WHITE HOUSE'S Youtube page, where all his progress where posted, especially his travels.

Those videos are now kept in Museums around (these United States) country. There needs to be expert Videographers and photographers that can travel with the President, everywhere he goes and be able to film and photograph everything he does. His activities should continuously be posted on the Mansion's Youtube page, and perhaps, there need to be a creative professional, marketable DVDs for Liberia's Museum.

All these live videos, capturing historical marking events, for me, it is unprofessional. My suggestions. Please hire professional videographers/photographers and create a Mansion's Youtube page, where Liberians from around the world, or anyone of that nature, who are interested in Liberia can go and watch the President's progress.

These professional videos can also be posted on the President's personal Facebook page to show Liberians and interested investors his improvement, especially his ongoing Facebook realities' critics. For me, the live videos are a symbol of selling one self-short. For someone who studied systems and their functions and why they succeed, it's unsuitable for any countries' image. Imagine if Mr. Zuckerberg (Facebook's CEO) started charging 300.00 USD a month to get a Facebook account, where would the poor people of Liberia, who live on less than a dollar a day go to watch the President's progress? My approach here is simple. It's a futuristic one; we must change, with the world, not remain static.

Pres. Paul Kagame of Rwanda Facebook's page is an example of what it means to have an open society that's base on professionalism. Pres. Kagame Facebook's page speaks to the propositions that I have raised, why not Pres. Weah? Apart from professional videographers, Liberia's current President also needs professional makeup Artists on his trips. Phone selfies and FB live videos should not be used for historical events or come to be placed in LIBERIA'S MUSEUM, down the road, for the next generation. Because, you will have this generation asking, "what were they thinking or doing?" Constructive thinking, 50 years into the future is fundamental to any nation's development. Maybe, the prepositions that I have raised something that's in progression, perhaps not.

All the premises that have been raised is a constructive suggestion for the progression of Liberia. For a country to succeed, the projection of that country's image should be indispensable for its progress. If people Google Liberia, a positive "image" on youtube should appear, not "Ebola," past civil wars' imagery of rebels talking about eating his victim's heart, etc. Those images would scare away investors.

This piece is not a form of criticism. I suggest that my approach should come and make one think, out of one's feelings, and apply it to attract investors. I have never walked a day in anyone's shoes but mines. So, on my end, I have no intention of scrutinizing but sharing my perspectives for the better projections of Liberia's image. The President is a big part of that image. When investors come to Liberia, they first look at the country, then the President.

Thus, my suggestion here is, never remain static, learn from others and change, with the world. Most developing countries' "State House" or "MANSION" have a Youtube page with professional videos on them. The current CDC led government could perhaps be the first ones, in the history Liberia's start implementing those ideas. I pray that this CDC led government succeeds at every length. Let's start applying the positive projection of Liberia's image, through tourism, the President's activities, etc., to attract investors.