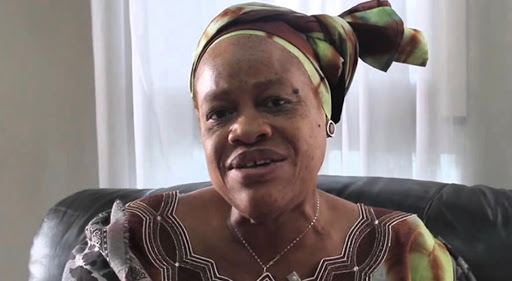 The Commercial Court at the Temple of Justice has ordered the arrest of Gender, Children and Social Protection Minister, Julia Duncan Cassell for her alleged failure to settle over US$90,000 debt owed a local IT firm based on the Court’s order.

Presiding Judge Chan Chan Paegar, one of the three judges of the court, on Thursday ordered the arrest of Minister Cassell after finding her guilty of contempt of court for her failure to comply with the Court’s ruling requesting her to pay Smar Tech Inc. US$90,800 allegedly owed the company for the supply and setting up of computer lab at the Ministry of Gender, Children and Social Protection.

The Minister has also been fined US$150 to be paid into government’s coffers within 24 hours for disrespecting the court.

At the contempt hearing Atty. Dallamah Sulonteh, lawyer representing Minister Cassell, told the court that the minister could not attend the hearing because of her absence from the country

“Your honor I will like to inform this court of the absence of Minister Cassell from the country and the bailiwicks of this court and wish to appeal to the court to tamper justice with mercy,” said Atty. Sulonteh.

The Smar Tech Inc. which was represented at the court by Cllr. Cooper Kruah rejected the submission made to the court by Atty. Sulonteh and pleaded with the court not to honor the request

In resistance, Cllr. Kruah indicated that the court’s judgment for which the contempt charge was issued against Minister Cassell was issued four months ago and the Minister had failed to comply with the court’s order.

“Your honour, in resistance to the submission the plaintiff lawyer wants the submission denied as the Ministry of Gender is an institution and only headed by Minister Cassell and its function doesn’t have to stop because of the absence of the minister,” said Cllr. Kruah.

Judge Paegar further asserted that the court would not sit and watch anyone disrespecting the court as refusal of Minister Cassell to comply with the court’s judgment issued four months ago shows disrespect to the court.

“It is the ruling of this court that the Clerk of this court is ordered to issue a Writ of Arrest for the Gender Minister and hand it over to the Immigration and have her arrested upon her arrival in the country,” Judge Peagar ruled.