George Weah and Thomas Jefferson have one surprising thing in common 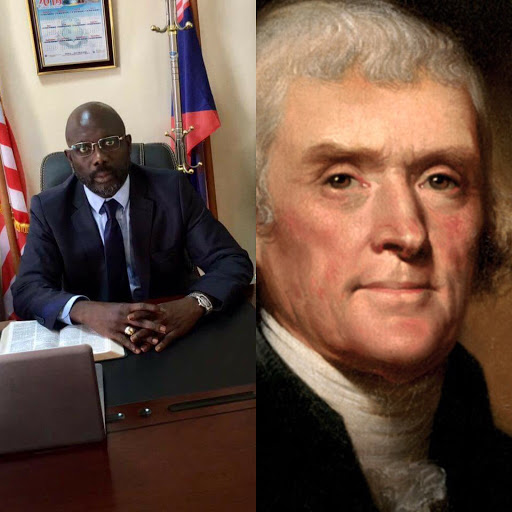 On December 26, 2017, the world watched history unfold in Liberia. For the first time an ex-footballer was elected president of a nation, with a landslide of 61.5 percent of the vote, with 732,185 votes, beating Vice President Joseph Boakai’s Unity Party, which got 457,579 or 38.5 percent of the votes.

The road to this victory was long and tough. Weah was heavily criticized for what seems to be a fear of public speaking and not having the gift of gab. This blog post was inspired by the level of criticism Weah received and is still receiving.

I want to encouraged President Weah to always remember why he was elected, whenever he is addressing his people. It was his grassrooted heart that the nation fell for, therefore, delivering his speeches from the heart, in a way that the wheelbarrow boy, market woman, Town Chief and a PhD holder can all understand, will do the trick.

You don’t have to impress us with your vocabulary, impress us with a loving heart. Just do for the nation, those things you promised to do, and we will proudly rock with a Kolloque speaking president. Speak to your people from the heart. 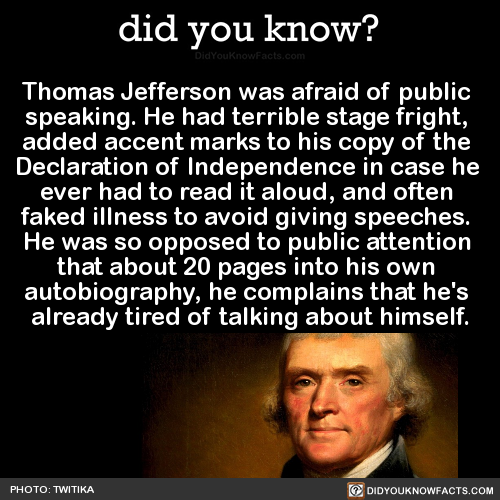 It is widely believed that Thomas Jefferson was terrified of public speaking. John Adams once said of him, “During the whole time I sat with him in Congress, I never heard him utter three sentences together.” During his eight years in the White House, Jefferson seems to have limited his speechmaking to two inaugural addresses, which he simply read out loud “in so low a tone that few heard it.”

President Weah, you don’t have to limit your speeches, you just have to be yourself and speak from the heart. May God blessed you and our nation. Long Live Liberia.