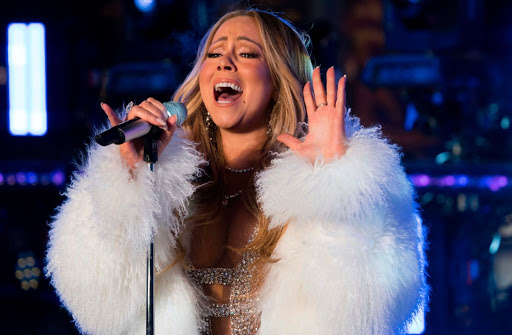 Honestly, I knew she was going to redeem herself.

Mariah Carey, wearing a white fur coat, long earrings and a gold-colored glittery dress, took the stage in Times Square to close out 2017, one year after a horrible performance on the same stage, right alongside Janet Jackson’s Super Bowl wardrobe malfunction.

This time, Ms. Carey’s performance did not feature the backup dancers of last year. There was minimal choreography, as she stayed in mostly one spot onstage during a frigid New York City night. She started a two-song set at 11:38 p.m. Eastern with “Vision of Love,” her first single, from 1990. Before her second song — “Hero,” from 1993 — it seemed all was not well from Ms. Carey’s point of view. She wanted her tea. She wanted it then.

“Happy New Year!” Ms. Carey said, addressing the crowd. “Just want to take a sip of tea if they’ll let me. They told me there would be tea. Oh! It’s a disaster. O.K. Well, we’ll just have to rough it. I’m going to be just like everybody else with no hot tea. But we’re going to try and do this one for you.”

🤔. Oh well, it was better than last year.