WARNING!!!! To Liberians (or Africans in general) traveling or planning to travel to Liberia/Africa!! 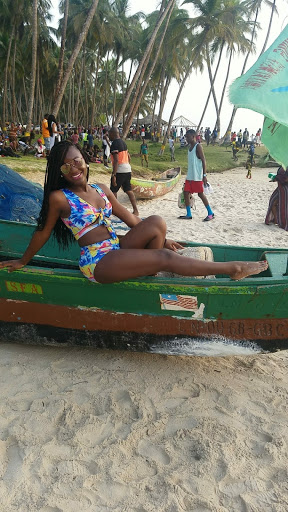 1. On july 30, 2017, I purchased 3 round trip tickets from the Royal Air Maroc website totaling in the amount of approximately $4,500. My husband, best friend and I were traveling to liberia. The plan was to leave from JFK Saturday 12.16.17 and return Monday 1.1.18 with a 1hr 50 min layover in Casablanca. From the time of purchase until early December, Royal Air Maroc sent me about 4 emails, each time, changing our flight and eventually moving us to a flight that would keep us in Morocco with a 2 day layover. At this point, i had had enough and called their international customer service number and demanded they either honor our original trip or move us to another flight (all this after looking back on their website and discovering they were still booking people on the original flight time we had purchased). They decided to move us back to our original flight, except now, we would leave JFK on Friday. At that point, I had realized that booking early with them meant you would be moved around and given a less desirable flight schedule if you didn't complain, even though they were still booking on your original flight (i have emails and screenshots as proof).

2. While on the plane, the staff were rude, did not answer questions, and even sometimes completely ignored passengers. Then, we arrived in Casablanca later than the original time, allowing us even less than 2 hours to catch our connecting flight. We tried to hurry but reached a security clearance with maybe 200 other people waiting to go through ONE SINGLE CLEARANCE, even though they had other gates and employees standing around. When several of us tried to tell employees that we had a connecting flight in less than an hour, they gave us attitudes, and told us to wait. At about 30 minutes to departure, people became fed up and everyone began to bum rush the single gate, pushing and shoving. It was extremely chaotic and unsafe, as at this point, bags and items were not being checked. As this was happening, one of the employees, instead of doing his job, takes out his phone to take selfies and pictures of the chaos. Some of us managed to get through and catch our flight just in time while others remained behind, missing their flight and having to stay in Morocco for 2 extra days. When we boarded the plane, we noticed that this plane was much different than the one from the U.S. It was old and extremely dirty.

3. When we arrived in Liberia, we went to retrieve our bags, and realized that NOT A SINGLE ONE OF OUR BAGS (we had 6 between the 3 of us) HAD ARRIVED. We were told by airport staff to fill out a form and go to the Royal Air Maroc office in Monrovia the next day. The next morning (Saturday), when we went to the office, there were 2 girls sitting behind desks telling us to be patient and that the plane was too full to bring all the bags and that we will receive our belongings by Monday. At this point, we had to go into the market to buy basic hygiene products because we had NOTHING. For the rest of the week (Monday to Saturday) we visited the airport (a 1.5 hr drive from where we lived) and the office about 4 times, even going as far as camping out and waiting for them to open because we lived so far away. Each time, we were told that our bags had not arrived and the plane was full and blah blah blah (meanwhile they continued to bring passengers on their planes and continued to leave bags behind. One girl had been in Liberia 10 days without her bags, another 6 days). We were furious and made a lot of noise, and NOT ONCE did a person in a higher position ever come out to talk to us. The girls then apologized and said they would give us $50 USD each (yep you read that right) for the inconvenience. The $50 alone was used just to keep my phone on to call Air maroc's customer service line, which were very expensive calls because they continuously kept me on hold. Bottom Line: We did not receive a single one of our bags until Saturday, 1 WEEK AFTER WE HAD ARRIVED IN LIBERIA. We spent 1 week wearing the same clothes and purchasing things we already had in our luggages. When we complained to family, friends and the locals, everyone said the same thing: "Oh yea, Air maroc is a problem. Everyone here knows that. This happens every year. They do the same thing every year". When we finally took home our luggages, they were damaged and our belongings were wet (we don't know why and never received an explanation).

4. We were scheduled to leave Liberia around 5am Monday 1.1.17. A few hours before departure, I received an email that our flight was re-routed and instead of going from Liberia directly to morocco, we would be stopping in Ghana. The flight would depart Liberia one hour later than scheduled. When it was time for boarding and we entered the plane, we realized that there were already an entire group of people on the plane, majority of them occupying seats WE HAD PAID FOR. After talking to one of the girls on the plane, she said some had come from england and others somewhere else and they were all on the plane headed to ghana. Some had been traveling with Royal Air Maroc for days! THE PLANE WAS OVERBOOKED AND I FELT EXTREMELY UNSAFE, considering we initially could not even find seats and had to sit where ever. The staff took our carryon luggages and stacked them in one of their bathrooms on top of the toilet (yes! thats how full they were).

I am writing this to warn Liberians, people traveling to Liberia and perhaps other parts of Africa that Royal Air Maroc is THE WORST, MOST UNPROFESSIONAL AND MOST UNSAFE AIRLINE EVER!!! You have been warned to NEVER travel with them. If i had known what I do now, I never would have booked with them. But because i started hearing stories after booking our tickets, it was already too late to request a refund as it would have taken too long to receive my money and book with another airline. They do not care about their customers equally, and will only cater to you and accommodate you if you are a U.S citizen (they were willing to accommodate me during our 5 hour layover upon returning, but not my husband or friend). It is time we hit them where it hurts (their pockets). If we collectively decide not to invest our money in their scam (yes, i said scam), they will perform better. THIS WAS MY ABSOLUTE FIRST AND LAST TIME EVER TRAVELING WITH AIR MAROC BECAUSE I KNOW WHAT MY LIFE AND MY TIME IS WORTH!!!