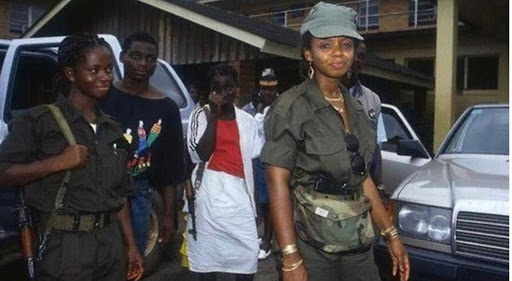 She will remain in custody until the trial begins.

Agnes Reeves Taylor, who has two daughters and a granddaughter living in the UK, appeared at the Old Bailey by video link from prison for a short administrative hearing. Her trial is due to start on 2 October 2018.

The conspiracy charge alleges that she ‘agreed with others unknown that a course of conduct would be pursued namely rape’, which if carried out would amount to torture.

Three torture charges relate to the intentional infliction of severe pain or suffering on a 13 year-old boy.

The other four torture charges relate to a child, two named individuals and a female referred to as ‘the pastor’s wife’.

Agnes Taylor was charged with two counts of being involved in torture in Gbarnga, in the north of the country, and one count of the same in Gborplay, in its north-east.

Taylor, who led the National Patriotic Front of Liberia, was convicted of aiding and abetting rebels who committed atrocities in Sierra Leone and sentenced to 50 years in prison on 30 May 2012.

Following a peace agreement Taylor was elected as President of Liberia in 1997 but a second civil war broke out in 1999 and Taylor was forced into exile in 2003.

Charles Taylor was jailed for 50 years in 2012 for war crimes after a UN-backed tribunal in The Hague. A year later, the Ministry of Justice confirmed he would serve the sentence in a British prison.

Agnes Taylor has worked as a lecturer at Coventry University and acting head of department at the London annex of the University of Coventry on a £44,000 salary since 2012.

A final peace agreement led to the election of Taylor as President of Liberia in 1997. A second civil war broke out in 1999 and Taylor was forced into exile in 2003.

Recently a U.S. jury has convicted ex-Liberian warlord Mohammed Jabateh also known as Gen. Jungle Jabbah on all four federal immigration fraud and perjury charges finding that he lied when he claimed on asylum applications that he had not committed war crimes.