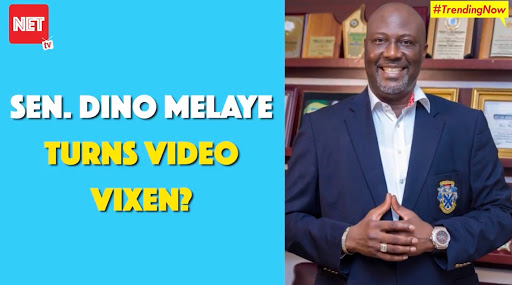 According to NET, senator Dino Melaye was spotted in a footage from the music video shoot by ‘afrotrap’ star Kach for his latest single titled DINO. This makes him the first sitting senator to feature in a music video.

The video appeared to have been shot in the senator’s residence as his fleet of cars were put on display.

The song was named after Dino Melaye but there is no political agenda attached.