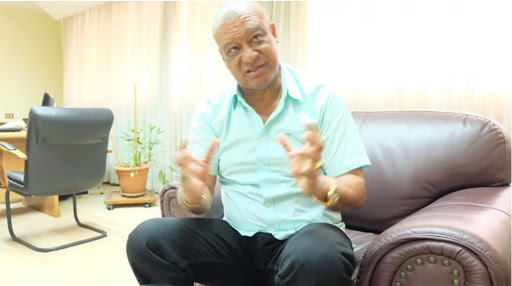 Mr. Benoni Urey, political leader of the All Liberian Party (ALP), has accused President Ellen Johnson Sirleaf of interfering and manipulating the results of the October 10 2017 polls.

“You know all the problems in Liberia is Ellen Johnson Sirleaf. She had promised more than one party that she would take them to second round.

”It’s wasn’t established if his ALP had been allegedly promised, too, by President Sirleaf.

Urey, who obtained at least 1.6 percent of the total vote counts according to the National Elections Commission (NEC) after the October 10 polls, also used the occasion to urge members of the National Legislature to ensure that laws are enacted in order to prevent of such electoral case.

Even though the ALP political leader welcomes the Supreme Court’s ruling as it is the final arbiter of justice in the land, he was very critical of its opinion in the matter.

According to Mr. Urey, who is a successful businessman, there were enough reasons that should have made the Supreme Court to call for a re-run of the entire electoral process; adding: “The fact that there was five proven fraud there were many not discovered.”

“We have no option but to follow the laws of Liberia. But it does not negate one from speaking out one’s opinion on issues."

"The facts were glaring at the National Elections Commission and the Supreme Court.”

He openly congratulated Justice Kabineh Ja’neh, whom he said proved himself to at least there is one man on the Bench.

Urey, who is a very tough talker, also claimed that the October 10 polls were characterized by selection and believe the Supreme Court’s ruling will make Liberia a laughing stock by countries around the world.

“It is unfortunate that a semi-educated person did what Korkoya and Board of Commissioners did to the Liberian people.”

Mr. Urey is one of several aggrieved persons, who filed a complaint with the National Elections Commission over alleged irregularities and fraud.

He told journalists at a news conference in November 2017 that as a lone voice, he had raised issues of irregularities regarding the electoral process even before the elections were held, but nothing was done to address the problems.

Urey: “We have been the lone voice in complaining of things we saw coming. If somebody in the President’s office can be printing voting ID cards and the Chairman of NEC was saying everybody with voting ID card would vote; it was something scaring that called for attention.