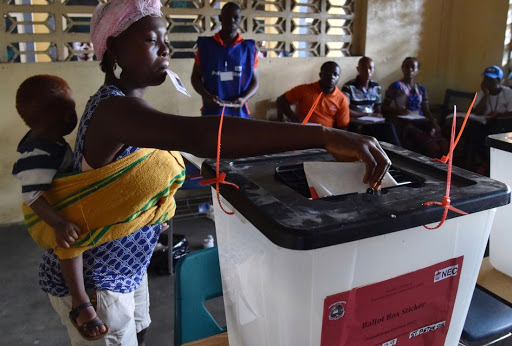 Liberians will go to the polls on Dec. 26 for the presidential runoff vote that was delayed by a court hearing into allegations of fraud in the first round.

The National Elections Commission set the date Tuesday after the Supreme Court on Dec. 7 dismissed the charges and told the voting authority to proceed with the polls. Ex-soccer star George Weah, who won 38 percent of the votes in the initial round on Oct. 10, will face Vice President Joseph Boakai who came second with 29 percent of ballots cast.

A task team of the Economic Community of West African States will assist the election commission to help implement a court directive to clean up the voters roll, NEC Chairman Jerome Korkoya told reporters in the capital, Monrovia.

President Ellen Johnson Sirleaf is due to step down on Jan. 18 after completing two five-year terms.