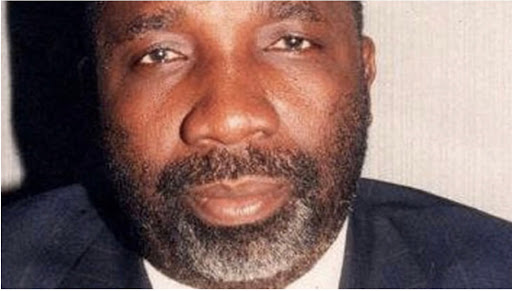 The Court instructed that the defendants is directed to report to the courtroom on the date and time stated above adding that if a defendant fails to appear as directed, the bail may be forfeited and a bench warrant issued.

“If a defendant is presently in jail, the defendant or his counsel shall notify the undersigned in writing immediately so that the necessary procedures can be taken to have the defendant present in the courtroom,” Court said.

Woewiyu was arrested by the U.S. Immigration and Customs Enforcement and Federal Bureau of Investigation at Newark Airport on his return from Liberia and charged him with lying by failing to disclose his alleged affiliation with a “violent political group in Liberia”.

Woewiyu had been living in the United States and returned to Liberia to contest a senatorial seat for Grand Bassa County prior to his arrest.

U.S. prosecutors won a motion from a Federal Magistrate Judge to delay the start of the Federal case against former rebel Liberian defense minister and spokesman, Woewiyu, citing the Speedy Trial Act.

Prosecutors said motion to delay is due to the slow process in gathering additional evidence and witnesses add to the complexity of successfully prosecuting a case that has its roots spread across a 20-year span.

He was granted bail.

A federal judge in Philadelphia granted a bail request for Woewiyu, who is accused of lying on a 2006 application for U.S. citizenship.

Woewiyu was instructed to post US$100,000 bond, which was secured by his house in Collingdale and another house owned by one of his children.

He was also ordered to be confined to his home. Woewiyu is charged with perjury and fraudulently trying to gain citizenship and false statements

According to reports, Woewiyu was charged with seven counts of perjury, two counts of trying to fraudulently obtain US citizenship, and multiple counts of fraud, and making false statements.

The indictment states, however, that Woewiyu as Minister of Defense during the NPFL reign of terror on the Liberian people, “tortured perceived enemies and civilians, girls raped and forced into sex slavery, children were conscripted into the army, and humanitarian aid workers were murdered.”

According to the indictment, Woewiyu, who applied for US citizenship in 2006, did not disclose his war past.

When he signed a sworn statement during the process, he lied that he did not advocate the overthrow of a government by force or violently, and he did not persecute any person because of “race, religion, national origin, membership in a particular social group, or political opinion.”

News of Woewiyu’s arrest by US authorities sent shockwaves in Liberian communities across the US.

Recently a U.S. jury has convicted ex-Liberian warlord Mohammed Jabateh also known as Gen. Jungle Jabbah on all four federal immigration fraud and perjury charges finding he lied when he claimed on asylum applications that he had not committed war crimes.

The jury reached its unanimous decision after about 5 hours deliberation. Jabateh was returned to jail to await sentencing which could happen months from now. He faces up to 33 years in prison.

The historic case marked the first time that Liberian war victims were able to testify against a perpetrator for crimes committed during the bloody Liberian civil war in a public trial inside or outside of Liberia.

Until the Jungle Jabbah conviction on Wednesday, no Liberian has been held accountable for war crimes committed in the Liberian civil war that killed more 250, 000 people.