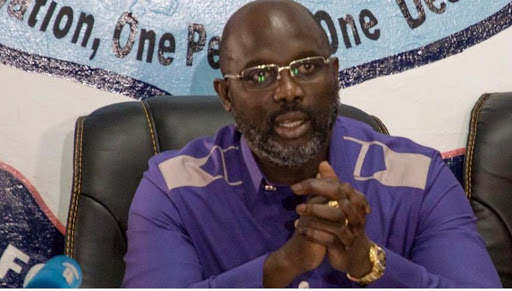 President elect George Weah has said corruption will have no place in his government.

In his acceptance speech following Tuesday’s run-off election in capital Monrovia Saturday, Weah said in the next few days he would set up a government committed to delivering on promises made to the people.

“Those chosen to serve will and must be dedicated to the ideas of grassroots social transformation…persons looking to treat the Liberian people through menace of corruption will have no place in this administration.”

He promised to build his administration on the institutional gains made under Ellen Johnson Sirleaf’s administration and improve the lives of the people, protect rights and foster inclusion.

Weah, a former FIFA World Player of the Year and Ballon D’Or winner, will succeed Ellen Johnson Sirleaf in the Liberia’s first democratic transition since 1944.

The 51-year-old won the first round of voting in October with 38.4 percent of the vote. None of the 20 presidential candidates could obtain the 50 percent required for an outright victory.

Tuesday’s election saw a low turnout after it was delayed from November due to a Supreme Court battle amid complaints of fraud in the first poll.

Weah, who played for a string of football clubs including AC Milan and Paris St-Germain, will be taking charge of a country experiencing serious economic problems.

Acknowledging the fragility of the country’s economy, Weah called on the country’s development partners to assist the country with medium-term aids to support ongoing projects that are critical to his government’s long-term goals.

“To our development partners, as we embark on this transition, we call for renewing and strengthening of this partnership, we know that our floors have decline in the last few years and argue that this decline is not good for the current transition,” he said.