Diddy is 2017's highest paid musician despite not releasing any new music. Beyonce comes in 2nd with $105m 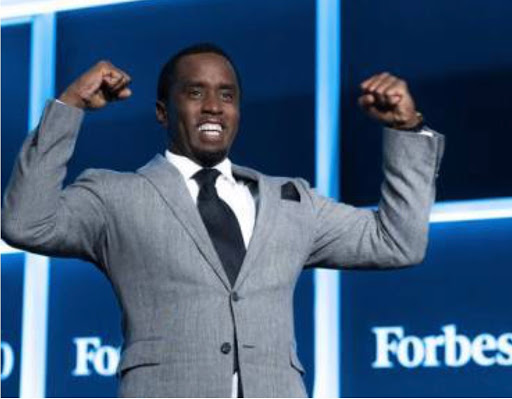 After Diddy, Beyonce ranks second, followed by Drake. Sean "Diddy" Combs made $130 million in earnings over the past 12 months. Forbes reports that there are three reasons behind the rapper and mogul’s climb. He sold one-third of his Sean John clothing line for an estimated $70 million, he has his lucrative Diageo Ciroc vodka partnership, and he put on his Bad Boy Family Reunion Tour.

Diddy wasn’t on last year’s list, which was topped by Taylor Swift. Swift fell from the top spot to No. 49 with $44 million earned over the past year. 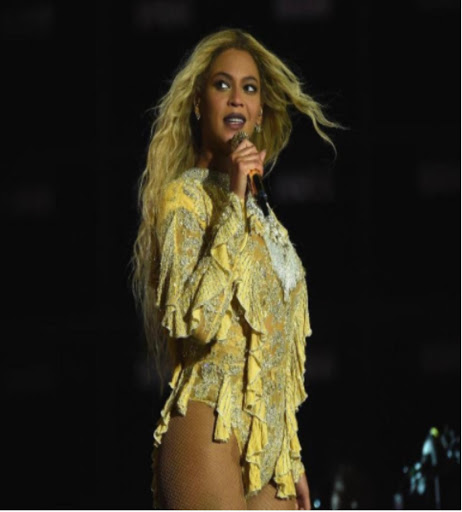 Beyoncé made a huge jump from No. 34 last year to this year’s No. 2 ranking with $105 million earned. Forbes attributes her meteoric rise to her Formation World Tour and the release of her visual album, "Lemonade." 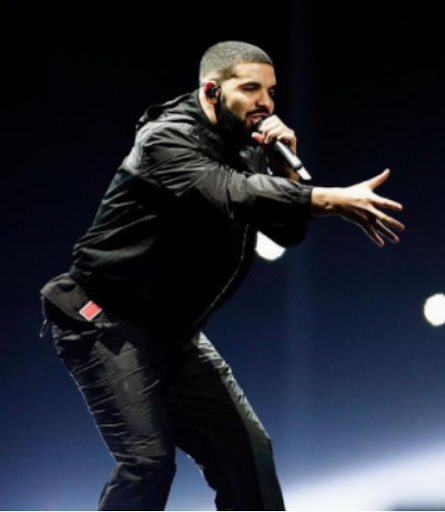 Drake, the world’s most-streamed artist in recent years, rounds out the top three with $94 million, much of it from his Boy Meets World Tour. 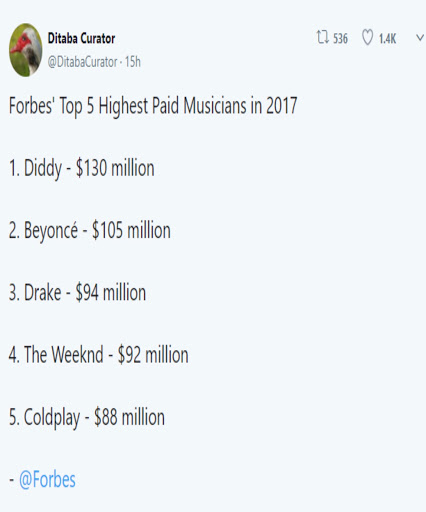