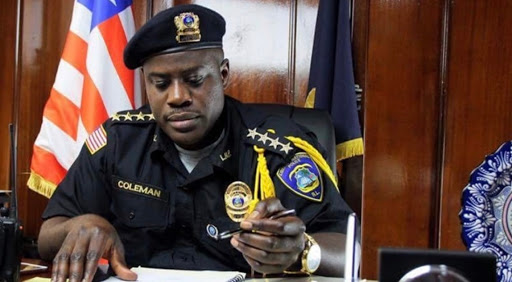 The Award which is the 14th edition will be conferred on the Liberian Police Inspector General on February 6- 9 2018, in Kigali, Rwanda at an exhibition that is expected to take place at the Radisson Blu Hotel and Convention Centre.

According to an LNP release, a communication addressed to the Liberian Police Inspector General by the Security Watch Africa signed by the Retired General Joseph Nunoo- Mensah, Chairman of the Board of Trustees and Patrick Agbambu International Coordinator and CEO said the Liberian IGP was nominated as the result of a meticulous assessment of his official and personal drive for the provision of security and safety for the people and businesses of Liberia.

The group also stated that the nomination of the Liberia National Police Inspector General is also based on his commitment to security and safety in the Republic of Liberia through selfless service, pragmatic leadership, Patriotism, innovation and untiring efforts in entrenching sanity , safety and security in Liberia.

The Security Watch Africa Awards, Conference and Exhibition is in line with the drive to provide an international platform to celebrate Africa’s best in Governance, Leadership, Security, Safety, Transport and Environment, and is also aimed at creating a credible forum for networking and cross fertilization of ideals by experts and colleagues.

The theme of this year’s event is “Confronting Land and Maritime Security Challenges in Africa”.