Jewel Howard-Taylor interview with Al Jazeera: Speaks on war, Weah and her agenda 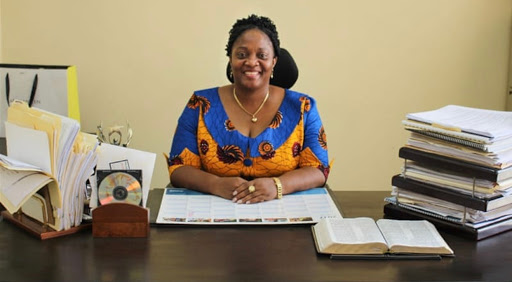 Al Jazeera spoke to Howard-Taylor about Liberia's past and future. Check out the interview below.

Al Jazeera: Why are you running for vice president?

Howard-Taylor: It began many years ago, looking at the destruction of our country and the need for patriotic Liberians in rebuilding it. I served as first lady in a critical period where we had war on our hands and the whole system disintegrated to the point where the regime was asked to resign and leave the country.

I came home in 2004 and in 2005 was given an opportunity by the people of Bong County to serve as senator. I thought that as a patriotic citizen and a woman leader it would be a good place to build my own career and impact positively on our country.

Al Jazeera: Why should people believe that you are not pursuing the agenda of your ex-husband, former President Charles Taylor?

Howard-Taylor: You have to see where I've sat for the past 12 years and the agenda that I've carried.

I'm the standard-bearer of the NPP and our motto is: "Above all else the people." That is the NPP agenda.

If someone says that Senator Taylor wants to bring back the Taylor agenda, I ask: "What is the Taylor agenda?" During the crisis I was not in the country; I was away at school. If I wasn't here, there's no way you can say I was involved.

Did I have on military gear fighting and killing? No. I decided that I would spend my time providing whatever support I could to help alleviate the suffering of people.

All I know is that my country ended up in flames and I think it's unfair when people try to blame me for things about which I had no idea.

I go out every day and try to do my best. But others continue to say, "there's a problem with this woman".

If there was a problem with me, I never would have been elected as senator in 2005.

Even as first lady, I created a humanitarian task force for people in the displaced camps. Did I have on military gear fighting and killing? No. I decided that I would spend my time providing whatever support I could to help alleviate the suffering of people.

It was basically through this that I was elected and I could not have been elected twice if I were the Jewel Taylor that the world wants to see.

Al Jazeera: Do you have any concerns about George Weah's lack of political experience?

Howard-Taylor: What does it require? I had no political experience when I ran for senator in 2005. There are people who say George Weah is just a footballer but he's not; he's the best in his field and set a standard that no one has surpassed.

Let's look at what it takes. Football, first of all, is a team sport. If George Weah was an individualistic person, the team would never have had a chance of winning. His second attribute is his vision. Coming from a ghetto to reach where he did, he must have been committed and hardworking to become the best.

[Being president] requires commitment, it requires love for country. No one has shown more love for Liberia than George Weah. In the middle of the crisis when people were fighting and buying arms, he was in the refugee camps providing leadership and solace.

People don't think about the possibilities of what others could bring to the table. Look at where we are after 12 years. This government has had a lot of support yet we still have a broken system.

It takes someone who loves their country enough to make a difference, and I think that is the only criteria when you're looking for a president.

Al Jazeera: How do you view President Sirleaf's legacy?

Howard-Taylor: It hasn't been an easy road. She inherited a completely broken system and she's done the best that she could. You cannot overlook the challenges she has faced ... she managed to come from the back of the room and stand on the front stage.

As she is now prepared to turn the baton over to a new generation, I think we will all continue to say thank you to her for maintaining peace and stability and taking us to where we are.

Al Jazeera: How would you compare yourself to her?

Howard-Taylor: I can't. But, I believe the fire she had when she began the process to ensure that one day a woman would become president is the same fire that I have in my soul to continue to work for my country so that we don't remain the byword.

I grew up here when Liberia was the New York of West Africa and our generation has a responsibility to fix it.