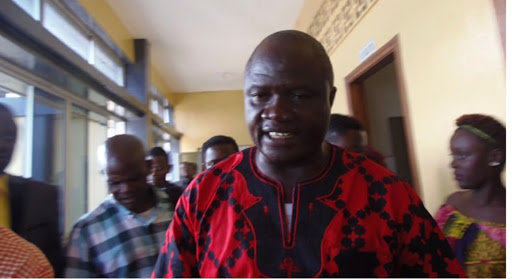 Patrick Boway, a representative candidate of the Liberia Transformation Party (LTP), appeal filed against the National Elections Commission (NEC) and George E. S. Boley was denied by the Supreme Court.

Boway and Boley contested in Grand Gedeh County’s Konobo District to replace Representative Morias Waylee who has been accused of rape.

Mr. Boway filed an appeal for elections irregularities against Dr. George Boley during the October 10, 2017 Elections.

The LTP candidate requested the Supreme Court to consider his appeal because it was filed not within the time frame due to bad road condition but the NEC contested requesting the Court to dismiss the appeal.

On Wednesday, Associate Justice Yuoh said after carefully examining the facts and records along with their arguments, the filing of the appeal with the election magistrate by the complainant did not constitute filing as contemplated by the elections law.

The Bill of Exception through email filed by Boway is ultra vires because the law does not allow the electronic filing of the court orders, or notices, or other official court documents.

“The appellant (complainant) having failed to comply with the provisions of the law regarding filing an appeal with the Board of Commissioners of the NEC, renders the appeal of the appellant dismissible,” Justice Yuoh said.

The appeal was denied and dismissed ordering the clerk of the court to send a mandate to the NEC to resume jurisdiction and enforce the judgment.

With tears in his eyes, Boway termed the ruling as a “struck in his back.”

“This is not what I expected, but since it has happened I just have to accept it.”

“This is the highest court and that’s their decision, but this is no fair play, dismissing my case on technicality is a bad precedence for election in Liberia.”

“I struggled on a very bad road to bring my appeal and then no one considered that the road in the south-east is bad, and all they do is to dismiss the appeal. I think it’s unfair,” Boway said.