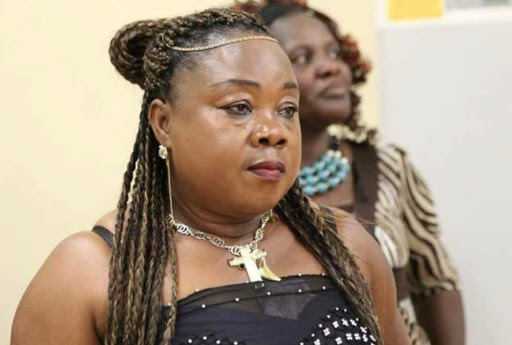 Last Saturday, December 16, 2017, in a 40’s weather, the sympathizers, friends and family from a tropical country, Liberia, attended the funeral of a fallen Liberian traditional musical icon, Tokay Tomah. 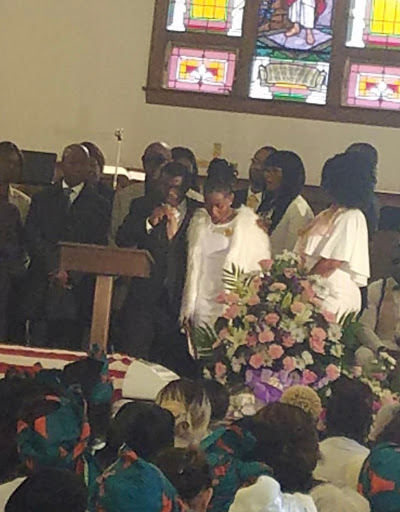 Tokay died on November 13, 2017. She reportedly collapsed in an elevator and subsequently died at the Paoli Hospital in Pennsylvania as a result of cardiac arrest. Tokay was a celebrated singer, composer, recording artist and cultural dancer in Liberia and abroad. She had a melodious voice and her dances were immaculate. 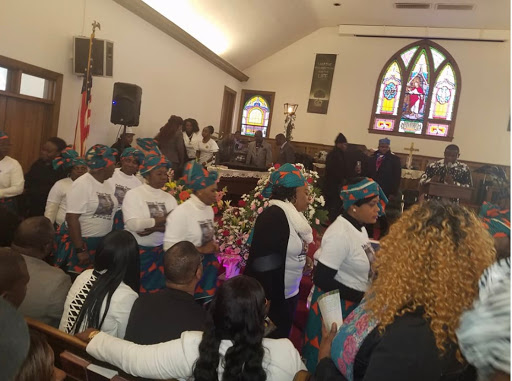 Tokay, was a native of the border town Butuo, in Nimba County, Liberia, West Africa. Nimba is one of Liberia’s 15 counties. The County is located in northeastern Liberia and shares borders with the Republic of Côte d’Ivoire in the East and the Republic of Guinea in the Northeast.

Ms. Tomah passed at age 49. She was born in 1968 in Butuo. She was the last of her parents’ six children and was therefore named Tokay, meaning ‘stay in the house’. She was her parents’ favorite child. She moved to the United States of America in 2010 in search of greener pasture. She was a resident of Southwest Philadelphia. The late Tomah came to prominence at age 10 when she through a special recommendation of the late President, William R. Tolbert, was recruited as a traditional dancer of the Liberia National Culture Troupe in the 1970s’.

Tokay was recruited as a teenager to join the Liberian National Troupe when former President Tolbert and the Director of Culture Peter Ballah visited Nimba. The late President and former Director Ballah spotted Tokay while on a tour in the county. They were moved and impressed by her dancing prowess. As a member of the National Dance Troupe, Tokay and members of the troupe toured Europe, United States, and several African countries during the 80s. As a dancer and singer, the late Tokay served as a background vocalist for several eminent Liberian traditional singers including Culture Ambassador Juli Endee, Fatu Gayflor, Zaye Tete, and Nimba Bird.

Alias, ‘Queen of the Stage,’ Tomah entered the music arena in 2002 as a solo artist with her debut album, ‘Chay Chay Polay,’ which established her as Liberia’s premiere female recording artist at that time. From 2002 she produced six albums, with the last being ‘What You Know About Me’ in 2012. Among the six albums Tomah released, ‘Open the Door’ and ‘Chay Chay Polay’ were the most popular and sold in their thousands. When Liberia was at war with itself from 1989 to 2003, Tokay was one of several local Liberian cultural artists that worked with the United Nations Mission in Liberia on disarmament and reconciliation through music.

As a singer, she was also involved in campaigns on HIV/AIDS, rape, sexual exploitation and abuse.The ‘Chay Chay Polay’ songstress received awards from the Musicians Union of Liberia, Africare Liberia and the Ministry of Agriculture. She performed in England, Ghana, Guinea, the Ivory Coast, Libya, and Nigeria.

Tokay’s funeral was held at the Christ Assembly Agape Missionary Church of the Nazarene in Collingdale, Pennsylvania. Her remains were interred at the Saint Peter and Saint Paul Cemetery in Springfield, Pennsylvania. Rev. Jerry Kabbah of the New Hope Emmanuel International Baptist Church delivered the eulogy. He referred to her as a devoted Christian, who committed herself to serving the Lord. He prayed for her soul and urged the congregation to embrace Christ as their savior. “The end time is near. Death is for everyone and it comes at any time,” he advised.

Tokay’s only offspring, Jamah Ndoma, read her life sketch. Jamah underscored the cordial tie which subsisted between her and her mother. “My mother and father showed me love. They cared for me, gave me everything I wanted, and they raised me very well. We were good friends,” young Ndoma stated eloquently while holding back tears.

Tributes at the funeral came from Tokay’s family, Liberian Association of Pennsylvania(LAP), associations of Liberian gospel and cultural artists, and other US based Liberian community organizations. In their respective tributes, the groups hailed the deceased for the outstanding role she played in the promoting Liberian songs and artists at home and abroad. Tokay is survived by her only daughter and two grandchildren.