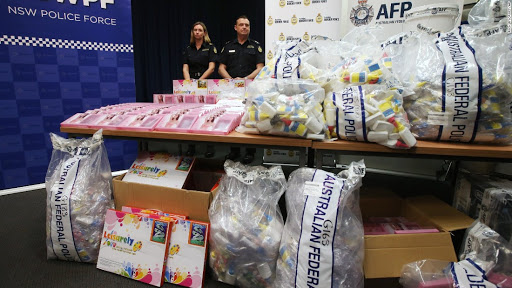 Australian authorities seized 1.2 tons of methamphetamine during a Thursday morning arrest — the largest meth bust in the country's history.

The 60 bags taken by police at the Port of Geraldton in Western Australia had an estimated street value of $1.04 billion.

The seizure came as a result of a months-long drug trafficking investigation by the Western Australian Joint Organized Crime Task Force.

The Australian Federal Police (AFP), a member of the task force, alleges a boat named the Valkoista arrived at the Port of Geraldton about 2 a.m. The agency said the drugs were then moved from the boat to a van. Police then "intercepted" the van as it left the dock.

Police arrested six men at the scene as well as two other men at a hotel in Perth. The two men arrested in Perth are suspected of being involved in the drug shipment. All eight men face drug charges carrying possible lifetime prison sentences.

AFP did not provide the names of the men, who ranged in age from 33 to 52. 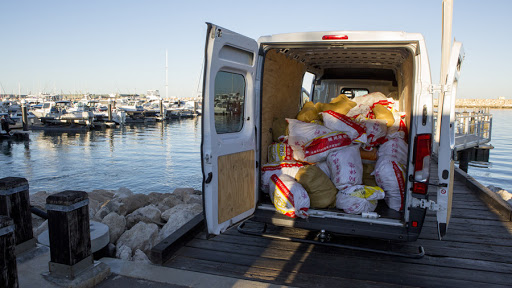 Leanne Close, AFP's deputy commissioner of operations, said the agency will state in court that the men intended to distribute the meth along Australia's east coast.

The massive haul — which is equal to about 2,400 pounds — beats out an unrelated 903-kilogram (1,991 pounds) seizure earlier this year as the country's largest meth bust. It is also the biggest ever drug capture in the state of Western Australia.

"Australia's maritime border is vast and some criminals clearly think they can exploit that and evade detection — they are wrong," said Australian Border Force Regional Commander Rod O'Donnell. "These criminals should always assume we are nearby and we are watching."