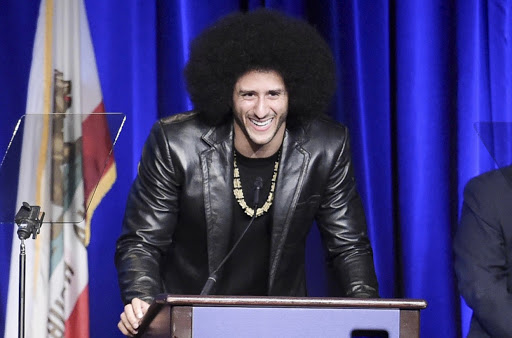 Colin Kaepernick can't find an NFL owner to give him a shot, so he might just become one himself.

The free-agent quarterback tweeted a response to Diddy on Monday, saying he wants to become part of the rap mogul's ownership group in his bid to buy the Carolina Panthers:

Panthers owner Jerry Richardson announced he would sell the franchise at the conclusion of the 2017 season amid allegations of widespread sexual misconduct. Diddy tweeted he would like to buy the Panthers following the franchise's announcement of the impending sale.

"There are no majority African American NFL owners. Let's make history," he tweeted. 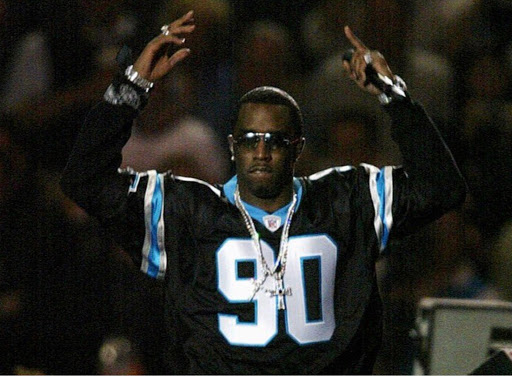 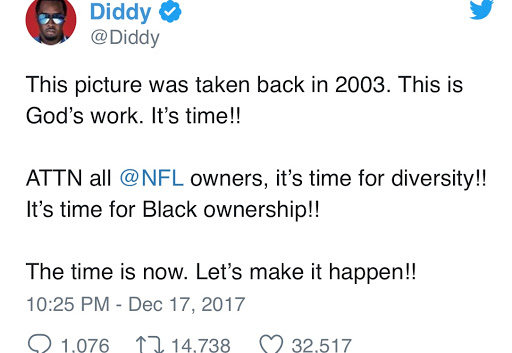 Financially, the dream of a Diddy-Curry-Kaepernick ownership group seems farfetched. While he's amassed a fortune only rivaled by Dr. Dre in rap, Diddy's net worth is estimated at $820 million by Forbes. That will not be nearly enough to buy the Panthers, who are valued at $2.3 billion. Sports franchises in recent years have seen their sale prices far exceed their valuation, meaning it would not be a major surprise to see the Panthers approach the $3 billion mark.

Diddy would need to find an amalgam of similarly wealthy people that would allow him to serve as a majority owner, or be a minority owner under a far wealthier buyer.

Neither Curry nor Kaepernick have the financial clout necessary to push the bid over the hump. Curry earned $47.3 million in 2017 but has been wildly underpaid by NBA standards for most of his prime. He is only in the first season of a $201 million max contract signed this summer.

Kaepernick made just $39.4 million over the life of his contract with the San Francisco 49ers, which was reported at the time to be worth $126 million.

The 30-year-old has been out of football since opting out of that deal last offseason. No team has signed Kaepernick despite his throwing for 2,241 yards and 16 touchdowns against four interceptions last season—numbers far superior to many quarterbacks on NFL rosters. His protests during the national anthem are largely seen as the main cause of his continued unemployment. He has also filed a federal lawsuit against the NFL claiming owners colluded to keep him out of the league.

Richardson, 81, has owned the Panthers since their inception. A Sports Illustrated article published Sunday depicted a toxic work environment in which women were subjected to lewd comments, unwanted touching and payments for cosmetic services by the owner. He also allegedly used a racial slur when discussing a scout, who is black.

The Sports Illustrated article noted that Richardson came to settlement agreements on multiple lawsuits, which included non-disclosure and non-disparagement clauses. The NFL is currently handling an investigation of its own into the matter.